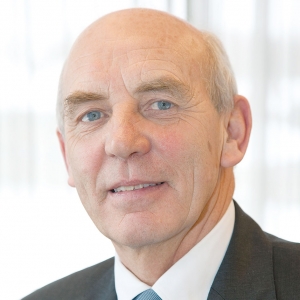 Can the two countries develop systems that will satisfy growing demand while being more environmentally sustainable?

The global context of agriculture and food is changing dramatically. Demand from fast growing economies in Asia is expected to double over the next few decades and there will be increasing scarcity of raw materials and land. To be leaders in green dairying New Zealand and the Netherlands should work together and learn from each other – make the boat go much faster!

The Dutch can learn from New Zealand’s efficient pasture management methods. Kiwi farmers manage to keep their costs low by making maximum use of the pastures. More grazing, particularly over summer months, appeals to Dutch customers, and farmers are paid a premium if their cows graze in the field.

New Zealand has a strong global brand – beautiful, green and friendly. That image is a major asset; maintaining a green image is easier than rebuilding it, as we experienced in the Netherlands.

New Zealand and the Netherlands are increasing total production which may lead to more pollution. Dutch farmers already have been forced by government regulations to dramatically reduce pollution which has made farming economically more difficult. New Zealand has not yet implemented such drastic regulations, but the sector’s impact on the environment suggests regulations will become much stricter. The current New Zealand measures (such as fencing) can only be a first step in the right direction considering the ever-increasing number of dairy cows.

New Zealand farmers should take the initiative and lead the way towards green dairying rather than wait and see, and be at the mercy of regulators. Some farmers are already doing this and running highly productive farms. Right now New Zealand dairy farmers – like their colleagues in the Netherlands and elsewhere - are going through tough times and prefer to keep their costs low and limit investments. But investing now in new methods will make the sector more competitive.

So what exactly can the Netherlands and New Zealand learn from each other to make dairying greener and more efficient?

Notably, Dutch barns can increase production and efficiency and reduce pollution. Research shows that housing cows in sheds for a part of the year improves the wellbeing of the animals, particularly in cold winters. Milking, feeding and treating cows can be done most efficiently in barns. Cows in the Netherlands are constantly monitored for health and stress levels and score well. This setup is the key to the high milk production of the Dutch cows, double that of cows in New Zealand.

Most importantly, barns dramatically reduce pollution. The effluent now polluting New Zealand ground water and seriously affecting some waterways can be caught and distributed evenly when needed. If the dairy sector wants New Zealand to stay green, barns are the way ahead.

If worldwide production per cow increased to the levels of Dutch cows, the world would need 20% fewer cows (66 million cows) to meet the predicted doubling in demand. That would result in a reduction of 750 million tonnes of feed consumed, which would free up 155 million hectares and save 165 million litres of water. It’s not easy to double production per cow but a substantial increase over time is possible, and necessary from an economic and an environmental perspective.

I’m not arguing that New Zealand should completely abandon its unique dairy system. I argue for a hybrid system, combining the best elements of the Kiwi and Dutch systems. New Zealand and Dutch research institutions and enterprises can work closer together to achieve that objective. Both countries have extensive experience and brilliant scientists who can team up to create a system of dairy farming that is both green and competitive. Together we can secure a bright future where farmers, consumers and the environment will all be winners.

• Aalt Dijkhuizen is president of Topsector Agri & Food, the Netherlands, a network of government, private industry and universities/research institutes. He is a former chair and president of Wageningen University.