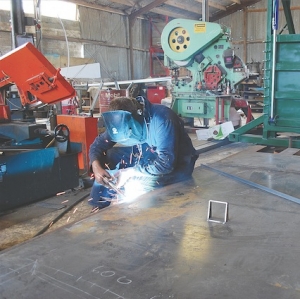 Plasback manager Chris Hartshorne says the company is on track to collect 2000 tonnes in the year ending June 2015.

Some regions have seen particularly strong growth, he says.

“In Southland/Otago, Taranaki, Bay of Plenty, Hawkes Bay and Nelson/Blenheim we have already collected more in the first half of this year than in the whole of last year. Waikato and Canterbury are also tracking well up on last year.”

The $40 fee to collect each bin liner full of waste silage wrap is no higher than when the service started in 2006, he says.

“The more farmers we have on board, the cheaper and more efficient the service we can provide. With more people in the scheme, our collectors can stop at more farms on each pickup run and they can make their runs more frequently.

“We are building two new balers to process the wrap more quickly. Collection can slow during summer when the contractors who collect the liners are tied up with hay and silage making, so we urge our customers to have a bit of patience.”

Plasback also collects 200L Ecolab and Agpro plastic drums and collection rates of these for 2014-2015 are also well up on last year. The service has recovered 1483 large drums during the first six-month period compared to a total of 1688 during the full 2013-2014 year.

Working as a farmer and fencing contractor for 15 years made Jerome Wenzlick very familiar with fence posts — now he's “saving the planet one post at a time”.

Dairy Woman of the Year Trish Rankin has a message for all farmers: recycling systems work and it is worth doing your bit.