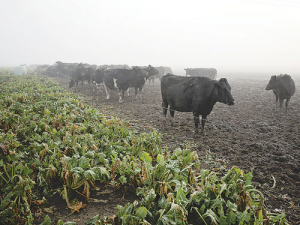 WorkSafe is reminding farmers to comply with inspectors or run the risk of enforcement action.

The comment follows the conviction of Manawatu dairy farmer Daniel Reuel Sproull, who entered no plea to two charges under Section 176 of the Health and Safety at Work Act, and a deemed not guilty plea was entered by the court at a pre-trial hearing.

Sproull was convicted on both charges at the Palmerston North District Court and fined $4,000 for preventing inspectors from accessing his property and failing to attend or make alternative arrangements to complete a required interview at WorkSafe’s offices.

WorkSafe Area Manager Danielle Henry says the incident occurred in November 2018 when WorkSafe inspectors met with farmers across Palmerston North to help educate and upskill them about hazardous substances. As part of this work, inspectors visited Sproull’s property on multiple occasions.

He was then provided further confirmation but still refused to assist them or allow him onto his property. In one instance, he blocked access to areas of his business and failed to attend a required interview.

During sentencing, the judge confirmed that he found the behaviour to be deliberately obstructive.

Sproull was ordered to pay a contribution to the prosecution’s legal costs totalling more than $4,000.

Henry says under the Health and Safety at Work Act, all reasonable assistance must be given to WorkSafe inspectors who are entering or inspecting a site.

She says there was no indication or belief at the time of the incident that Sproull had breached the Act.

“Our inspectors simply wanted to ensure Sproull knew how to keep workers safe when working with or storing hazardous substances,” she says.

Henry says that Sproull’s unlawful prevention of the inspectors’ entry to the site left WorkSafe with no option but to prosecute.

“Our education work is critical to lifting health and safety performance and deliberately obstructing our inspectors from carrying out their work at any time makes no sense at all.”

WorkSafe is reminding employers that communication is vital when multiple businesses carry out work.

WorkSafe New Zealand is advising farmers to buckle up after an analysis of vehicle-related fatalities found that nearly half of those that occur on farm could have been avoided if a seatbelt was being used.

WorkSafe is reminding people that if a vehicle’s safety features are compromised, no one should drive it.