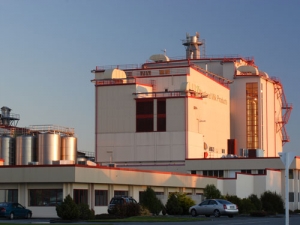 On the back of declining international milk prices Westland Milk Products has reduced its predicted payout for the 2014-15 season.

Westland, New Zealand's second biggest dairy co-operative, advised shareholders that the predicted payout is now $4.90 - $5.10 per kilo of milk solids (kgMS) before retentions, down from the previously announced range of $5 to $5.40 per kgMS.

"Skim milk powder out of Europe is being offered at US$2,100 – 2,200 per metric tonne which, for larger global buyers, is very attractive," says Quin.

The high value of the New Zealand dollar also continues to play a part, he says.

"The New Zealand dollar remains strong at 76 - 77c against the US dollar, reflecting our official cash rate of 3.5%, our very low inflation, and relatively stable political environment."

According to Quin, Westland is well placed due to sales decisions made earlier in the season, but the co-operative will still have some exposure to the market place and the impact of lower prices for the remainder of the season.

"I expect the next three months to be very tough, with European processors aggressively selling their peak milk," he says.

"Not all European markets are producing more milk than last year, but enough are to drive an oversupplied situation."

Quin says current prices are unsustainable in terms of farm economics and this itself could help turn the market around through a reduction in production. He predicts that milk supply in Europe and the United States will slow, as it has in New Zealand.

"Westland's milk flows are now tracking down and we do not expect them to recover, given the lower pay-out forecast for this season."