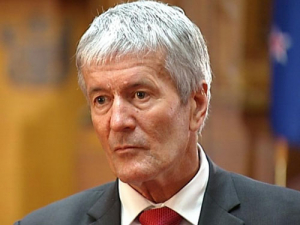 Agriculture Minister Damien O’Connor isn’t happy with the high number of farms yet to re-register with the National Animal Identification and Tracing (NAIT) scheme ahead of Moving Day, June 1.

“One thing the Mycoplasma bovis response has highlighted is the low levels of compliance with NAIT,” O’Connor said.

Following a recent NAIT system upgrade, every person in charge of animals must re-register their NAIT location.

“Farmers and industry have been asking MPI to increase compliance so that people who are not complying can be held to account. Last year I introduced a package of technical law changes to support the M.bovis eradication programme, as a result of that MPI increased the number of compliance staff,” he says.

“So far this year they have conducted 455 on-farm inspections. Well over half of the farms inspected were non-compliant to such an extent they have faced enforcement action.” Compliance staff have served 82 Notices of Direction and issued 169 infringement notices to non-compliant farms.

“Moving Day is part of dairy farming culture in New Zealand. As the new season starts, thousands of sharemilkers around the country move their cows, equipment and families to new farms.

“The main way the disease spreads is through the movement of animals. We want some honesty in terms of tracing, so that we can track and trace every possible infected animal.

“We need to get to a position where every single animal movement on every single farm in the country is recorded. If we’d had that system before M.bovis we wouldn’t be in the position we are now.”

He says farmers need to step up and take responsibility.

“This is not just a job for MPI – every farmer in New Zealand has to play their part.We’ve ramped up our compliance activities and those who don’t comply will face the music.

“We’re trying to stop M.bovis going through the entire national herd. We are on track to eradicate this disease and we need the support of farmers, so get on to NAIT and complete your re-registration.”

The Government's recent announcement that they will grant another 50 vets entry to New Zealand will not meet the country’s needs, says one recruitment expert.