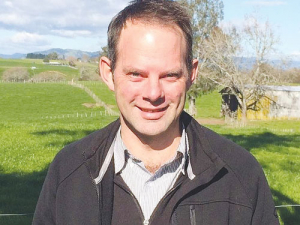 James Allen, from AgFirst, told the Federated Farmers dairy annual meeting last week of a steady decline in the number of herd-owning sharemilkers.

He points out that sharemilking is integral to the dairy industry and notes there are new agreements being developed which have merit, including a variable order agreement with a contract milking price as a base -- a good idea, says Allen. And he sees the emergence of flexi-rate herd-only agreements.

But farmers signing these must do due diligence and seek advice from friends and experts, he says.

“There is too much running on good faith when entering into new sharemilking agreements. Unfortunately the farm owner often holds the balance of power, and we don’t want people making an agreement under which the relationship was never going to work -- ultimately bad for both parties.”

A challenge with sharemilking is that in high payout times a farm owner may tend to feel he is not getting just reward for his invested capital. But at low milk prices, the sharemilker feels he is getting burnt and going broke. A way is needed to smooth out the highs and lows, Allen says.

Richard McIntyre, who represents sharemilkers in the Feds dairy executive, says the biggest challenge facing sharemilkers today is the volatility of the dairy market and huge highs and lows. In the days when prices were more stable the high-low problems did not exist; the incomes then helped sharemilkers progress to farm ownership. But with the volatility, sharemilkers face financial pressure and many may have little cash to ride out bad times.

“Many don’t start out with much money; some may have borrowed to buy even their farm bike.”

A movement back to contract milking from variable order sharemilking is now occurring because it carries less risk. McIntyre notes that on some smaller farms contract milking does not necessarily provide enough income for people to progress further in the industry.

“It’s now a big step to be a herd owning sharemilker and once people are in that position they are staying in their jobs longer because there are fewer opportunities.”

Nowadays it appears that sharemilkers progressing to farm ownership is the exception rather than the rule, McIntyre says. While ownership is still possible, people are having to be creative and develop income sources off farm to gain the necessary equity.