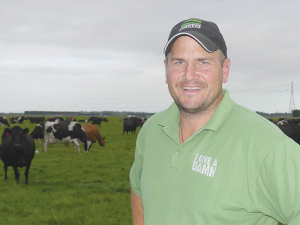 A dairy apprenticeship scheme jointly developed by Federated Farmers and Primary ITO could have 100 apprentices nationwide by June.

Federated Farmers’ dairy section vice-chair, Wayne Langford, Golden Bay, said the scheme was launched in October after “a good year’s work” had gone into planning it.

After a quiet summer, they are now “getting back into” encouraging farmers and prospective apprentices to register. Almost 150 farmers and 120 apprentices are ready to go. Langford hopes to have about 100 paired-up and working by June.

“Then long term, potentially, we could get about 500 annually, working through the industry. That would be a positive result.”

Langford heads the working group overseeing the interests of the employers in the scheme.

He said farmers taking on apprentices must sign a farm charter, agreeing to payroll, health and safety, and other systems all up-to-date and up-to-scratch.

One farmer supporting the scheme and signed to take an apprentice is North Canterbury Federated Farmers dairy chairman Michael Woodward.

He said fewer people are entering dairying, so the scheme is aimed at attracting motivated people and prompting farmers to become “employers of choice”.

“There’s a survey [employers] fill in and that will identify areas you need help with.

“Some employers may be great people but they just don’t know about current legislation because they either haven’t employed people or stuff has changed since they last employed people.

Farmers are doing their bit to help needy families this Christmas.

Border exceptions the first step in the process - Feds

Federated Farmers says they are pleased to see the Government’s approval of border class exceptions for a number of international agricultural workers for early 2022.