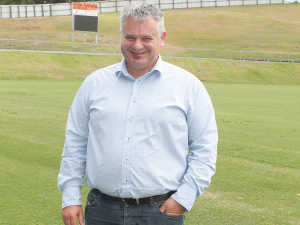 Growth has been debated at the Fonterra board table and the directors’ view now is that the co-op will not see the huge growth of the past, says director Brent Goldsack.

Environmental constraints could be the limiting factor.

“Things around water and nutrients: we will get a very good handle on that,” he told the Northland Dairy Development Trust’s annual meeting in Whangarei last week.

“But as we look at gases – whether methane or nitrous oxide -- that’s much harder.”

Methane may be a little easier but generally it gets harder, Goldsack said.

Over 35 years production has increased threefold but the co-op won’t be getting that growth in the future, he says. With genetics and science he is confident farming will consistently improve.

“As a board I think we are saying [growth] is probably going to be relatively flat — certainly for the foreseeable future.”

Goldsack says he is worried at the prospect of a payout of $7/kgMS or better next year because at that price people start getting ahead of themselves and do things they later regret.

“The Europeans, the Americans… they would much rather be where we are today and this is our third year in the mid $6/kgMS. It’s been a nice spot for the co-op over the last three years.”