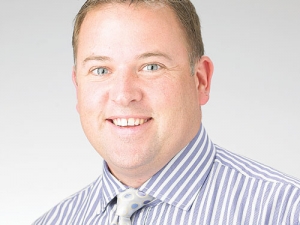 Leading the charge is the Centrus rotary platform, 80% lighter and stronger than concrete platforms; formed in a multi-layer process that includes Kevlar more commonly associated with the manufacture of aircraft and police bulletproof vests.

Marketed as heavy duty equipment, Centrus platforms are in demand by large herd farmers and farms milking more often than twice a day; this appeals to overseas farmers for whom 24 hour milking is not uncommon.

WMS chief executive Dean Bell says three Centrus were sold even before it was developed and one is milking 3600 cows three times a day in Michigan, US. Another is being installed in South Africa and one is en route to China.

The number of new projects signed in NZ is one third down on last year.

Bell told Dairy News that a lot of energy has gone into growing the company's international business. "Fortunately it is a natural hedge that has offset the slowdown in the local market," he says.

Bell says the international business has grown five times over the four years; from around 20% of its total business to more than half this year.

He says the Centrus is the cornerstone product in its overseas drive. "It's getting a huge amount of interest overseas. We won the National Fieldays international innovation award and that has helped a lot."

The Centrus is designed for large farms and isn't viable for NZ farmers; Waikato Milking is looking at marketing it under a new name overseas.

Bell says in overseas markets, NZ-based companies are viewed as making equipment for light cows and where milking is done for three hours each morning and afternoon.

"The demand on the equipment is not great and it's very different on a 24-hour system."

Bell says in its first four months of use, the new 84-bail Centrus in Michigan achieved two years of New Zealand use; the Centrus is running without any major problems.

Demand for WMS rotaries is also soaring in China; it has led the way in new orders this year. While there are cheaper rotaries being sold in China, Bell says WMS high quality technology is winning.

One large Chinese corporate farmer visited WMS and ordered the first Centrus for the country. He has 7000 cows and needed two 84-bail rotaries. Due to milking shed design problems, only one Centrus can be installed; WMS installed a 84-bail concrete rotary with all the features of a Centrus next to it.

"They look like brothers but they are not twins," says Bell.

WMS has an 84-bail and a 64-bail Centrus on the market. It plans to add a 50-bail and a 40-bail this year; the 60-bail Centrus will be withdrawn once its design moulds reach their use-by date.