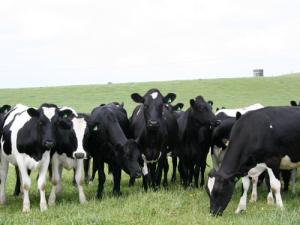 The success of an on-farm exercise run by the Ministry for Primary Industries shows that NZ is well prepared to manage the biosecurity aspects of a foot-and-mouth disease outbreak, it says.

The Ministry for Primary Industries (MPI) acting director investigations, diagnostic centres and response (IDC&R) John Sanson says the one-day exercise at a dairy farm in Te Rapa in the Waikato is part of a suite of work underway to make sure the country is well prepared to deal with the disease in the unlikely event that it occurs here.

The simulated scenario was an infected dairy farm, about a week into a foot-and-mouth disease (FMD) outbreak. It began with an incident controller arriving at the farm and taking over from a surveillance veterinarian on site. About 30 people (including observers) took part in the exercise on Wednesday. No animals were involved in the exercise.

“In an outbreak, a property with even one infected animal would have to have all of their FMD - susceptible stock humanely destroyed within 24 hours. This would include all cattle, sheep, deer, pigs and goats. There would also be national movement restrictions put in place immediately when the disease is confirmed, to reduce the risk of the disease being moved around the country by infected livestock”, he said.

“We wanted to test how our operational plans for destroying animals, disposing of carcasses, quarantining a property and disinfecting vehicles and equipment fit together in the field, as well as how the on-farm roles work together.”

As part of the exercise a control unit was set up at the farm gate, for people to disinfect gear as they left the farm. A transport truck was disinfected as part of the trial with water and detergent.

“We were very happy to see that the plans worked well. We had people in full personal protective equipment with two pairs of gloves managing to use iPads. That allowed them to locate the best disposal sites and work with a simulated regional centre.

“Personnel only took 30 minutes to set up the gate control unit in accordance with the instructions in the disinfection plan.”

Sanson says the plans have been developed over three years, in partnership with the livestock industries and local government as well as overseas input. He says the mix of people involved in yesterday’s exercise included staff from MPI, AsureQuality, industry and a number of Australian observers from state governments. This ensured that the plans were considered from all perspectives.

“Although New Zealand’s strict border controls means that the likelihood of FMD or any other exotic animal disease entering the country is very low, we have tested our plans to make sure they will work for the people who will be using them in the unlikely event of an outbreak. We have also identified a few gaps to work on. We’re confident these plans are in good shape to help us to swiftly deal with an FMD outbreak if that is something we ever face.”

FMD is a highly contagious animal disease. An outbreak in New Zealand would cause serious production losses and have major impacts on our export trade in animal products like meat and milk. It is estimated that a large outbreak of FMD could cost New Zealand $16 billion, a cost of more than $3000 for every New Zealander. A large outbreak like that in the UK in 2001 would cost considerably more.