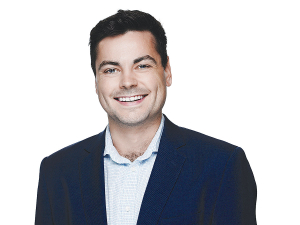 Falling milk production in New Zealand and other key dairy producer markets mean weak global supply, and this is expected to keep prices up.

Penny says the key catalyst for the forecast revision is the significant downgrade to NZ production forecast for the season.

"We now expect New Zealand production to fall this season, and along with soft production in other key dairy producters, we expect weak global supply to underpin global dairy prices at or around current high levels for at least the rest of the year."

He expects NZ milk production to fall by 1% compared to last season, a change from its previous prediction of a 1% rise.

"New Zealand production has started the season on the back foot," says Penny.

"Winter and spring so far have been either wet or cold or both in many parts of the country. As a result, production for the first three months of the season is running at 1.8% behind the same stage of last season.

"We expect this production softness to continue in the short term."

Meanwhile, dairy production elsewhere is also soft. Weather has also impacted European production, with production for the first seven months of the year down 0.1% compared to the same time a year ago. In addition, Chinese (domestic) and US production continue to be constrained by very high feed costs and limited feed availability.

Whole milk powder (WMP) prices, used as a benchmark to set the farmgate milk price, have lifted by around 5% since August.

He says not too much should be read into WMP prices dipping 0.4% last week to US$3,749/metric tonne.

"Given the current strength in prices, anything other than a sharpish decline at each auction continues to imply a solid farmgate price for the season," he says.

ASB is sticking to its forecast milk price of $8.20/kgMS.

Keall notes that the overall GDT price index remains up around 30-40% on the same point in the last three dairy seasons.

He agrees that milk supply could be tight in the coming months.

"Production data is increasingly pointing to tighter supply over the remained of the season," he says.

The forecast $8/kgMS milk price for this season is under threat.