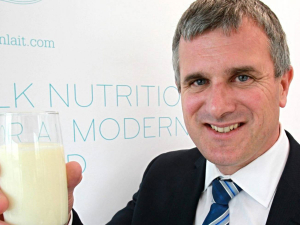 Synlait Milk company co-founder Dr John Penno will receive a honorary doctorate at the 2019 Lincoln University Graduation on May 3.

A total of 600 awards will be given out at the ceremony.

Acting Vice-Chancellor, Professor Bruce McKenzie said the graduation was a celebration of students’ hard work and achievements, and that included the posthumous awards.

“This occasion, while recognising the tragic circumstances surrounding the loss of those graduates is also about acknowledging their efforts and their time here, as well as the students who were their peers.”

Penno is a primary sector business leader, co-founding the then dairy farming and now dairy manufacturing company Synlait Milk in 2000.

He is the chair of the Freshwater Leaders Group advising the Government on implementing policy to achieve its essential freshwater goals.

Hugh Wilson who has a national and international reputation as a botanist, naturalist and innovator will also receive a honorary doctorate.

For the last three decades as manager of the 1,250 hectare Hinewai Reserve on Banks Peninsula, he has overseen the transformation of gorse-infested farmland back to a native flora and fauna reserve. He has also authored numerous botanical publications.

Another recipient, John Tavendale’s career as a farm advisor spans 50 years. His farm management work has been of considerable benefit to the agricultural sector and the economy, raising production and profitability, and he was made an Officer of the New Zealand Order of Merit in the 2013 Queen’s Birthday Honours, for services to agribusiness.

Soil scientist Dr Allan Hewitt receives the Bledisloe Medal. He was the author of the New Zealand Soil Classification that has become the accepted source for naming, characterising, mapping, sampling and reporting for the national inventory of soils in New Zealand.