Fonterra director to step down 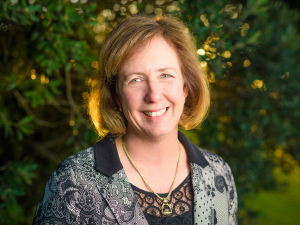 Fonterra director Donna Smit is retiring after serving six years on the board.

The Bay of Plenty farmer was first elected to the board in 2016.

Smit will also step down from her role as a Fonterra appointed director of FSF Management Company Limited, manager of the Fonterra Shareholders’ Fund.

Smit says she has been honoured to serve her fellow farmer shareholders for the past six years and thanked farmers for their support.

“I’m proud of the progress we have made as a board over the past six years and my contribution as part of that team.

“While there’s always more that can be done, I believe the co-op is in a relative position of strength compared to when I joined the board. “It’s the right time to support another farmer to come through and make a contribution to our great co-op.

“We have an incredible pool of diverse leaders within our farmer base, and I’d encourage them to consider putting themselves forward.”

Fonterra Chairman Peter McBride thanked Smit for her contribution through a period of significant change for the co-op.

“Donna has been a valued member of our board at a critical juncture for the co-op as we have overseen the reset of the co-op’s culture, long-term strategy, governance and risk settings, and our capital structure.”