Don’t shut borrower out of mediation 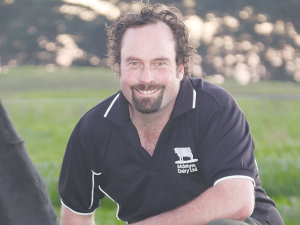 A cost of $6000 for mediation between an indebted farmer and a bank would be at the lower end of the cost spectrum, says Federated Farmers sharemilkers chairman Richard McIntyre.

And the cost of complicated multi party mediation could run to tens of thousands of dollars – just for the mediator, McIntyre told Dairy News.

His comments follow a submission by Feds on the Farm Debt Mediation Bill (No 2) now being scrutinised by Parliament’s primary production select committee.

The Feds sharemilkers section strongly supports the Bill but would like to see changes to prevent a borrower being shut out of mediation because they could not afford it.

The legislation could compel lenders to make funds available to a farmer to pay their share of mediation costs, McIntyre told the committee on August 22. Alternatively, it could compel the lender to fund the mediation, “which we as a sector would no doubt fund indirectly through increased fees,” McIntyre said.

The $6000 figure suggested by NZ First MP Mark Patterson at the hearings is “very much the starting point for mediation” and could be much higher, says McIntyre.

In ordinary trading conditions a sharemilker’s $3000 share of that would not be too much and would probably be worth the money.

“But if you are under financial pressure from a bank [and risk] going out of business, it is too much money. Four or five years ago when the milk price dropped to $3.85/kgMS, everyone had a cash loss, went to the bank to get an overdraft and cows had dropped in value by $500. In a situation like that you try to save 50c where you can, let alone shell out $3000 plus for mediation.

“We can have legislation that makes mediation mandatory, but it’s the bank which holds the overdraft and essentially holds the purse-strings. They effectively decide whether or not to go ahead with mediation by choosing whether or not to make funds available for the sharemilker to fund their share.

“We suggested to the select committee that they consider either making the banks or lenders pay for the whole thing -- which we argued they could fund indirectly through increased fees -- or make it compulsory for the lender to make funds available by way of overdraft for the farmer or sharemilker to be able to fund their share of mediation.

“It is a bit tough going up against an unlimited chequebook especially if [that chequebook owner] controls your chequebook.”

McIntyre says he believes the likely outcome will be lenders being compelled to make funds available for mediation.

“If the lender or bank funds the entire process there may not be an incentive for the sharemilker or farmer to actively engage to find a solution. They could just keep prolonging the process.”

McIntyre says experience showed that the formal dispute resolution process in sharemilking contracts is not always followed due to the financial imbalance that often exists between a farm owner and sharemilker, with the latter unable to afford their share of the cost.

“Sadly, the resulting outcome is often less than fair.”

The mediation clause needs to kick in much earlier than is now proposed, says McIntyre.

The Bill in its current form says mediation should coincide with the start of enforcement action, but this is much too late, he says.

“There were fewer than 20 foreclosures on farms last year. That is very low, but if you take the number of farmers who sold because of pressure from the bank [the number] is far higher.

“The bank can control the farmer by the overdraft. Farmers get forced out by unachievable limits. If you have a limit that is significantly lower than you can trade with, you have no choice but to sell up.

“We have suggested to the select committee that the mediation needs to kick in essentially as soon as there is an unrealistic or unachievable [overdraft] requirement on the sharemilker or farmer by the lender.

“For example, if you needed a $250,000 overdraft for seasonal finance and that gets reduced to $100,000 you couldn’t in all conscience continue to trade and incur debt with various businesses knowing you couldn’t pay them.”

If mediation were to start much earlier it reduce stress and provide a much better outcome.

“If you reach the point where you are about to be foreclosed on, you have already been under considerable stress and probably will not respond as well as you would if mediation had occurred earlier.”

Sharemilkers may be “first cab off the rank” if banks look to rein in their exposure to agricultural debt, McIntyre said.

“Sharemilkers are future farm owners, but higher risk. When banks are looking to increase their market share in the dairy industry, they will gladly take on sharemilker debt. However, when they are feeling overexposed and are looking to reduce their level of dairy debt, it’s the sharemilkers who feel it first.”

They also tend to have assets that depreciate in value, like motorbikes and tractors, etc and their livestock value fluctuates wildly in value roughly in line with the milk price.

“So when the milk price is down their equity has also dropped.”

Sharemilkers and contractors are more likely to rely on an overdraft than a term loan so it is easier for banks to put pressure on them.

McIntyre says he appreciates this legislation from the Government at a time “when we are not seeing a lot of farmer friendly legislation”. He says the select committee asked very good questions and showed they understood the issue.

They want mediators to be suitably qualified and experienced in both mediation and in the agricultural and rural sectors, provision for multiple parties to any mediation, and provision for an independent party to appoint an appropriate mediator.