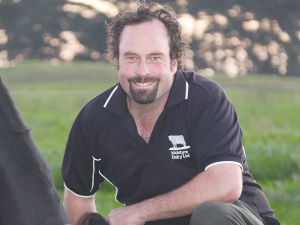 Kuriger was convicted and fined by Palmerston North District Court for the ill-treatment of cows on a farm at Hukanui​, Wairarapa.

McIntyre says there are now questions around animal welfare obligations in a sharemilking relationship.

“It was determined that if the condition of the cow races is causing lameness and the farm owner is not prepared to fix them, then it is up to the sharemilker to repair them and attempt to recover the cost from the farm owner.

“If the farm owner has already refused to repair them, it is unlikely this will be an easy or fast process.

“Given the considerable amount of money involved, there would be very few sharemilkers with the ability to cashflow such an undertaking.

“This places an even greater obligation on the sharemilker in terms of due diligence and also considerably increases the level of risk that they take on.”

McIntyre stepped down after four years in the role. He says the Feds sharemilkers section is in safe hands with Aaron Passey as chairman.

McIntyre believes sharemilking still remains an attractive option for those who want to be their own boss in the industry. Sharemilkers can choose their own staff, own herds and make decisions around animal breeding.

However, he says the dairy industry is evolving and sharemilkers must continue to evolve.

“There is still a lot to be done...the Zero Carbon Bill and the National Policy Statement (NPS) on Freshwater will change many farm systems and the terms of many sharemilking agreements will need to be renegotiated in order for them to remain viable.

“This will be a challenge particularly in areas where the change required dramatically affects the farm’s profitability and therefore the farm owner’s ability to absorb the increased cost.”

Staffing issues remain a worry on farms but Covid-19 has presented the sector an opportunity to improve its talent pool.

“There will be many displaced workers who aspire to enter a new industry and work their way up.”