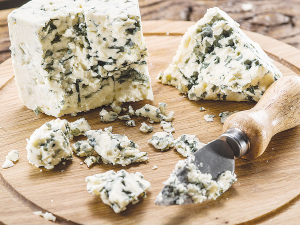 With imported cheeses often selling for around half the price of local ones New Zealand producers are struggling.

Berry says Kiwi cheese producers can’t compete with cheap European product flooding into the market and wants an anti-dumping duty to be placed on some imported speciality cheeses.

He says the association recently found out about existing anti-dumping legislation in NZ.

“We are preparing to lodge a claim to MBIE to activate this legislation, without interfering with Free Trade negotiations” he told Dairy News.

The Trade (Anti dumping and countervailing duties) Act 1988 empowers the NZ Government to apply duties on dumped or subsidised goods coming into the country.

Berry says the association will be meeting this week on the issue.

Berry says there has been a gradual growth in imported EU cheese over the past three years.

He says Arla Foods lands its cheeses frozen in sea containers. They are then thawed and dated before hitting NZ supermarket shelves.

“They send it out frozen from the EU, fully subsidised, and they produce large bulk amounts of these cheeses with automated systems...so it’s landing here basically half price in containers and we see it on the shelves now.”

Berry says NZ cheesemakers need protection and he hopes the Government will come to the party and support them.

“We’re small and we’re young producers and we’re really battling when it comes to retail and competing with these guys. We need some form of protection.”

“It is very ironic that the EU is arguing to maintain its high level of protection for cheese into its own market at a time when its own cheese is being sold at apparently very competitive prices in the New Zealand market,” she told Dairy News.

“This reinforces the complete lack of justification the EU has in arguing to maintain protection against NZ products.”

She says it’s “well past time” for the EU to move beyond statements of support for the UN sustainable development goals (SDG) to end poverty and undertake meaningful reform to address its tariff restrictions and subsidy distortions.

DCANZ hasn’t been party to any discussions to date on the issue.

Its position on matters of this nature is guided by support for the WTO rules framework and the SDG 2 implementing action of ‘correcting and preventing restrictions and distortions in world agricultural markets’.

“This generally means we favour a situation where there is no implementation of tariffs by countries,” says Crewther.

“An imported product maybe more competitive in a market as a result of its producers having a comparative advantage (as is often the case for the dairy products New Zealand exports) and we do not believe that this is cause for an importing country to impose tariffs. The only exception to this is if product is being dumped or if a country’s subsidies were causing harm to other producers, in line with existing WTO rules.”

New Zealand cheese processors are welcoming a US court decision to reject Europe's bid to have exclusive use of the Gruyére cheese name.