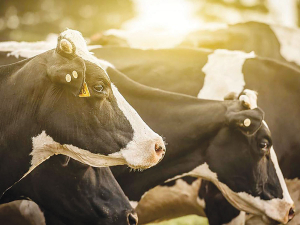 There are signs that debt levels have started to drop because of the higher pay-out.

Midgley says while the dairy industry is sitting on debt to the tune of about $41 billion, there have been some recent encouraging signs in the last few months.

There are signs that debt levels have started to drop because of the higher pay-out. But at the same time he acknowledges that some farmers are still heavily indebted. He says if land prices continue to fall and debt isn’t paid off some people will be facing testing times.

“At Rabobank our policy is to lend up to about 60% of all assets. There will be a few cases where we would lend above that if there were strong mitigating factors and there is quite a buffer in there. But obviously if land prices retract and that debt isn’t repaid then something that is lent at 60% can become 70% or above depending on the movement in land prices,” he says.

Midgley says so long as there is not a lot of volatility in the market and the pay-out remains high then it’s possible that people will re-enter the dairy industry.

But he cautions that there are a lot of unknowns facing the sector around the impact of the environmental and freshwater reforms.

He says the other issue is the lack of capital due to the new restrictions imposed by the Overseas Investment Office (OIO) on overseas people buying land.

“We are getting a lot of feedback from farmers on environmental and freshwater issues,” he says.

“Our view is that farmers have always been great guardians of the land and I think that by and large they have done a good job. They are working to try and meet the requirements of the legislation, but in some cases the rule changes are going to be very tough for some farmers. We have put a submission in on the fresh water reforms and we will do all we can to support our farmers to meet wherever the legislation ends up as but it is a very big change for most farmers,” he says.

Midgley says while there are signs of improvement in the sector, there is certainly no appetite for any more dairy conversions.

“That has dried up completely,” he says.

A UK farmer has smashed a world record – for selling her sheepdog at an astonishing price.