Workshops ahead of new welfare laws 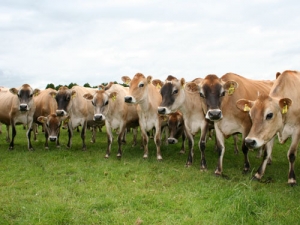 The DairyNZ ‘Welfare Matters’ two-hour workshops kick off in Hawera in Taranaki on Wednesday, April 29, then go to Stratford and Waihi on April 30. Longer, four-hour sessions on stock welfare will also get underway this month in Southland with one on April 28 in Winton and another on April 30 in Gore.

DairyNZ’s animal welfare team leader Chris Leach says the workshops are an easy way for farmers to quickly bring themselves up to speed with everything they need to know about animal welfare.

“The workshops will help farmers clearly understand what the rules are, what farmers can do to comply and provide some practical instruction to train staff on their farms,” he says.

“We had a change to the animal welfare code last year and other proposed changes to the Animal Welfare Act are going through parliament right now and are expected to come into force later this year. These latest changes are likely to give the Ministry for Primary Industries greater powers to issue infringement notices and fines.

“So both sets of workshops have been designed with decision-makers in mind as they are the ones who will ultimately be held responsible if the farm isn’t compliant. Often people slip up just because they are not aware of changes to industry standards or misinterpret what they need to do.”

The workshops will also cover the options for managing tails and the euthanasia of calves, ensuring cattle are fit for transport and the tools and strategies to help train farm employees in good welfare practices.

“It’s also about helping farmers to know how to instil a first–class animal welfare culture in their farm team. Our industry is committed to farming to high standards of animal health, welfare and well-being and most farmers take their responsibilities very seriously,” Leach says.

The Dairy Women’s Network is joining with DairyNZ to take the longer four-hour ‘stock welfare’ workshops. These sessions will run in Ruawai in Northland and various parts of the Waikato, the West Coast, Canterbury, and Southland.

To register for all the workshops, farmers should go to www.dairynz.co.nz/welfare-workshops