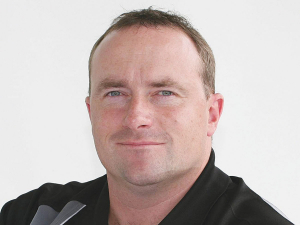 Almost all the recommendations from two reviews of the Mycoplasma bovis programme have been accepted, after the ‘surge in activity’ leading up to this year’s moving day.

The surge arose because of a backlog in tracing animal movements, which had gone essentially unnoticed and was not fully realised until April.

The reviews were commissioned to look into the cause and possible impacts of the backlog, and recommend how the programme could improve its systems and processes.

One was done by MPI’s chief science advisor Dr John Roche. The other was an independent review commissioned by DairyNZ and done by South Australia animal disease management expert Dr Roger Paskin.

The independent Technical Advisory Group has also been asked to consider the impact of the backlog and is expected to report back soon.

Roche’s review found that the backlog, although smaller than first thought, was due to issues with managing the flow of information between functions, and in the disease management team’s structure and resourcing.

While it may have allowed some further spread of the disease, Roche did not believe it had harmed the chances of successfully eradicating M. bovis.

Paskin identified issues related to the programme structure, staffing, training, management and supporting tools. He said the primary issue was an accumulation of traces to and from infected properties which had not been followed up, in some cases, for about seven months.

Together, Roche and Paskin’s reports made 43 recommendations to improve the systems and processes within the M. bovis programme.

These include greater regional decisionmaking, the importance of farmer involvement and improving structures, systems and resourcing.

Many of the suggested changes are already underway, e.g. enabling greater regional decisionmaking and better data management systems) and almost all the other recommendations have been accepted.

“We’re very sorry for the impact this has had on affected farmers, and that we had to take the action we did at a busy time of year for many of them.

“The programme is working hard to implement the recommendations of the reviews, starting with enabling more regional decisionmaking.”

A positive report reiterates that Mycoplasma bovis eradication is feasible.