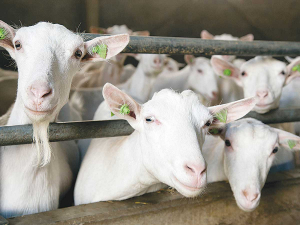 A common issue with goats is over-conditioning during the previous lactation, and during the period leading up to kidding.

Throughout the ages, this organ has been steeped in myth. In the case of the Romans, the liver held a key place in their religious rituals. Roman priests closely studied the livers of sacrificed animals. These signs could indicate such things as, prosperity, famine, wars, or curses.

Today, the heart and the brain are often seen as more important. However, the ancients may have known more than we give them credit for. We should not be too quick to dismiss the liver. Regardless of the heart and brain, without a functional liver most living creatures would not survive for very long.

The liver is fascinating, and in many ways, I find it to be the most complex of all the bodies’ organs. It is a single organ with a massive number of functions. Below are just a few of the key functions.

Key functions of the liver

These are just a few of the key processes involving the liver. You can see from the list that these are all very essential processes. They are all reliant on a healthy liver, with enough capacity to consistently carry out every single function.

The liver could be considered as the chief gatekeeper between the body and the environment. Even with the best diet, this organ will need to work constantly to ensure the body has sufficient energy. At the same time, it ensures toxins are excluded as much as possible from other key organs and tissues. The liver constantly suffers the stress connected to its job of detoxifying and eliminating toxins, free radicals produced as a byproduct of energy production, feed-based toxins, as well as man-made chemical toxins.

As this organ plays such a key role in energy production, it is no surprise that metabolic diseases such as ketosis in ruminants can be so affected by poor liver function. Commonly the issue with goats is over-conditioning during the previous lactation, and during the period leading up to kidding. Over conditioning in dairy cattle is easy to identify, but goats are more difficult to condition score accurately. Issues leading to fatty liver disease can often go unnoticed in goats until it is too late.

Over conditioning of goats has become such an issue that some goat farmers abroad have even resorted to milking their goats right through to the next kidding. This is simply to keep condition levels in check, and of course can lead to other issues.