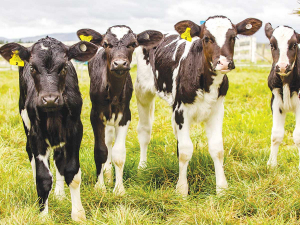 Dairy farmers are set to benefit from an enhanced genetic evaluations system.

“It will enable farmers to breed cows that are more efficient at converting feed into milk and profit. This has benefits for our environment and economy,” says Wickham.

Wickham says there will be multiple improvements as part of the new software release, called NZAEL 2.0.

Two of the most significant changes are better recognition of trait differences between breeds, in particular for fertility, and the removal of the effect of inbreeding on breeding values: work has been funded by levy investment from DairyNZ, and by LIC.

“While inbreeding depression can negatively affect an animal’s performance, this effect is not passed on to the next generation of animals,” explains Wickham.

“These changes support our national breeding objective and, when completed in 2021, will represent the greatest improvement to the animal evaluation system since the introduction of breeding worth (BW) in 1996,” he adds.

Wickham says the reports farmers will receive from their breeding companies from this month will look very similar. The main difference will be that some farmers may see their animals re-ranking on BW as genetic evaluations become more accurate.

The previous genetic evaluation model, NZAEL 1.0, was developed by LIC in 2006, and adopted by NZAEL for the wider industry. The new system incorporates LIC’s latest software and models, and NZAEL research and development. It has been extensively tested and scrutinised by internationally renowned geneticists.

A scientific advisory committee, with animal genetics experts from New Zealand, Australia, Ireland and the Netherlands has also peer reviewed and endorsed the upgraded system, which has been rigorously tested.

Anna Kempthorne, a Te Anau farmer and NZAEL director, is the chair of the 12-member farmer advisory panel that reviewed and tested the changes to the system.

“The new system contains a number of enhancements which will result in more accurate and timely information,” says Kempthorne.

“This will enable improved breeding decisions to be made which benefit farmers and the dairy industry.”

“We now have new software available that can compute larger quantities of data and give us greater insights into animal performance which enables farmers to improve the performance of their herds overall by breeding more productive and efficient cows,” says Malcolm Ellis, general manager NZ Markets at LIC.

The farmer co-operative says it is committed to educating and upskilling the next generation of leaders in the agricultural industry.