Trade rules for agriculture are fair for all 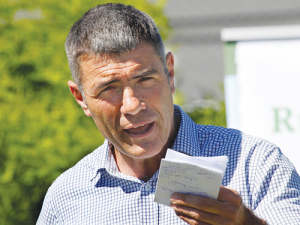 For New Zealand as a small and remote nation, international engagement and trade are major priorities.

We are committed to being at the forefront of global efforts to improve the global trading system for the benefit of everyone. For us, having consistent, enforceable rules – and forums within which we can debate them – is not a ‘nice to have’. It is essential.

Of course, trade rules reflect the balance of interest of the countries that set them: only those at the table reap the benefits the rules afford. This is particularly true of international trade in agricultural products.

At the multilateral level we see that the negotiation functions of the World Trade Organisation (WTO) remain as relevant as ever. The agreement reached last year to eliminate all export subsidies on agricultural products represents a momentous decision that will benefit producers worldwide.

The WTO also provides the only avenue for negotiating rules in important areas not covered in FTAs, such as domestic support. Domestic subsidies are coming more into focus worldwide in developing and developed countries.

The value to member countries of the WTO’s legally binding dispute settlement function also cannot be overstated, because it provides for the resolution of market access, export competition and domestic support issues that would otherwise be unresolvable.

On global trade the world finds itself in a situation where the benefits of trade liberalisation have never been more obvious, yet opposition is more apparent than ever.

In NZ, as in the US, there is an ongoing tension between those who want to engage fully with the world, and those who oppose greater interconnectedness, including through preferential trade agreements.

Our experience is that open, rules based trade has made NZ richer, more innovative and more secure; our trading ties strengthen relationships with partners in all regions.

NZ’s farmers remain internationally competitive, despite having no tariffs of consequence and receiving no trade distorting subsidies. For example, in the 1980s we had about 70 million sheep; now we have only 30 million. Yet importantly we still produce the same amount of sheep meat thanks to advances in animal husbandry, genetics and nutrition.

The removal of subsidies and support for domestic farmers in the 1980s was a painful time for many, but now I don’t believe you’ll find a single farmer in NZ who wants to go back to the old model.

The bottom line for NZ is that international trade has allowed us to develop new markets, create jobs, grow our economy, raise standards of living and stay competitive. This is why we need international trade and common rules to reduce trade barriers and market distortions.

• This comes from a speech given last month by Primary Industries Minister Nathan Guy to the Global Leaders Forum on Agriculture and Trade in Omaha, Nebraska, USA.