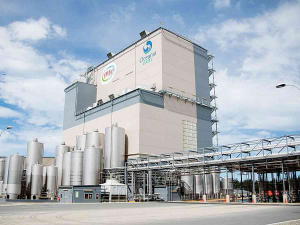 Prior to the recent purchase of Westland, Yili has spent $600m in establishing the Oceania Dairy plant in South Canterbury.

He says the takeover is a significant breakthrough in Yili’s global expansion.

“The acquisition of Westland helps us realise our vision of being the most trusted health food brand in the world by building a vast dairy bridge crossing the Pacific Ocean, helping the world to share health,” Zhang said.

Earlier this year, Yili launched its vision of creating a “global health ecosystem” as part of its drive to deepen its global footprint. It aims to integrate the best resources globally to better meet consumers’ health and nutritional needs.

Yili has continued to grow its footprint in Southeast Asia and Asia, offering more product choices to local consumers in Thailand, Indonesia, Singapore and Myanmar.

Last year, Yili launched the Joyday ice cream in Indonesia, now available in major cities there and across Southeast Asia.

He says Yili’s expansion in Southeast Asia will result from its driving local economic development. A total of 85% of Yili’s employees in Indonesia and Thailand are local.

Prior to buying Westland, Yili had invested $660 million in creating the Oceania Dairy plant in South Canterbury, which the company claims is among the world’s largest integrated dairy bases.

The Yili Group results for the first half of 2019 show that its global operating revenue grew year-on-year by $1.1 billion to a total annual revenue of RMB $10b.

Yili has also signed a strategic partnership agreement with Lincoln University to set up its Oceania Research and Development Centre.

“We are confident our investment here will continue to create better opportunities not only for our employees, the dairy farmers of NZ and the Westland community, but for the global dairy industry and NZ as well,’’ Zhang said.