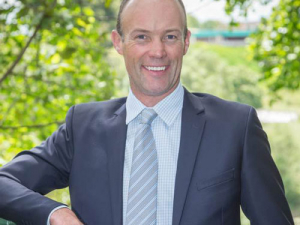 Southland is hosting the National Sustainability Showcase of the Ballance Farm Environment Awards for the first time at the end of this month.

Up to 400 people will be attending a gala dinner at the Ascot Park Hotel in Invercargill on Wednesday May 31. Tickets are on sale on www.bfea.org.nz.

Eleven award ceremonies have already been held around the country and each regional supreme winner has been invited to the Showcase to be considered for the Gordon Stephenson Trophy – named in honour of Waikato farmer and noted conservationist, the late Gordon Stephenson.

“It’s a great opportunity not only to celebrate what those 11 supreme winners have achieved but also to showcase the primary sector and food production happening in the deep south,” says Simon Saunders, chairman of the New Zealand Farm Environment Trust, which runs the awards programme.

He says it’s exciting to have the Showcase in his home region for the first time. Saunders balances his chairman’s role with running a 1400ha sheep and beef property, Stag Valley, at Castlerock, near Lumsden.

"This is the perfect chance to promote all the positive and exciting things happening here in Southland and across New Zealand’s primary industry. Farming is under closer scrutiny all the time. A display of all the good things we’re doing is needed more than ever this year.”

The Farm Environment Trust seeks to promote leadership in environmental excellence and encourage management practices that both protect and enhance the environment and add value to farming businesses and communities.

“The national winner is more of an ambassadorial role for New Zealand agriculture,” Saunders says.

“The Showcase is an opportunity for each regional winner to profile their commitment to sustainable farming to a wider audience. The Gordon Stephenson Trophy is given on the basis the recipient’s farming system and personal beliefs around sustainability are worthy of both national and international promotion.”

The trophy will be presented by the Minister for Primary Industries, Nathan Guy. As a national award it is separate to the regional programme and judged under a different criteria. Two national judges visit each regional supreme winner on their property to confirm information from the regional feedback report and get a more in-depth understanding of the people in their own environment. At the Showcase event they will be interviewed by a panel of judges to cover entrants’ wider understanding of the primary sector, current issues and personal beliefs.

The awards are open to any business making its living from the soil – agriculture, horticulture and viticulture.

The 11 regional supreme winners are: