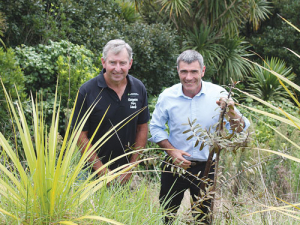 An OECD report missed a critical point in claiming NZ is reaching its environmental limits and criticising the government’s primary export targets.

The critical thing they missed is the government’s target of doubling the value – not the volume -- of primary exports by 2025, Guy says.

Guy says he met the people writing the report last year, when they visited MPI staff. They then wrote a report challenging the primary sector.

“Yes we do have challenges…. We will work constructively with regional councils on a catchment by catchment basis,” he says. “We will look at the challenges in Waikato, and in the rivers in Canterbury…. we need to get the limits set right.”

Water quality is important foraNZ, hence the government’s policy of making our rivers swimmable by 2040, he says.

“Currently 72% are swimmable; we’ve made a target of 90% and we know that will be a stretch. We will talk to farmers about managing E.coli; that will require fencing about 56,000km alongside waterways.”

Dairy and other farms have come a long way voluntarily. The dairy industry has fenced 24,000km of waterways to exclude livestock. “A lot of those have riparian planting done voluntarily over about a decade.”

Now MPI is talking to red meat, beef, deer and pig farmers, Guy says. This will cost about $370m over the next 13 years, some $200 million of that for water reticulation on farms. Farmers fencing cattle out of rivers and streams will have to tap into streams or springs to supply tanks and troughs.

A recent MPI report on water supply on hill country farms shows the cost of water reticulation is recouped over three years.

“You don’t get good grazing performance on hill country unless you put crops in strategic places and then you have the opportunity to lift your overall productivity,” Guy says.