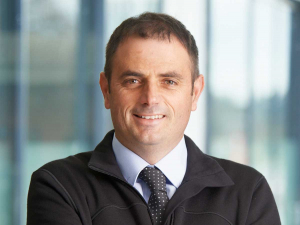 More rain is expected in the next 24 hours.

Dairy farmer Ben Allomes, who farms near Woodville in the Tararua District, says the rain will ease the situation on his and other farms.

Allomes described the situation, prior to the rain, as tight with supplementary feed in either short supply or very expensive.

He says in the past week, he’s managed to get a few more cull cows off the works which has eased the pressure.

However, Allomes points out that more rain is still needed to improve the feed situation going into winter.

President of Federated Farmers for Wairarapa, William Beetham, says some parts of his region received up to 200 millimetres of rain, which he says has come at the right time.

Beetham says with sunny weather and the soil still warm the grass should now start to grow. He says the feed situation has been very tight with baleage almost impossible to get – although supplies of straw and grain were available.

Beetham says with Covid-19 the closure of the sale yards has made it hard for farmers.  He has three properties and employs six fulltime staff and has put in place a whole set of protocols to protect staff to allow them to work.

Beetham says his workers have also been issued with letters, designed by Fed Farmers, which state that staff are working in an essential industry and have to travel between farms to carry out their work.