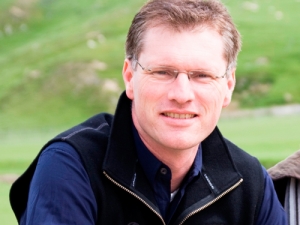 Speaking to Rural News at BLNZ’s ‘Ag Innovation’ day in Palmerston North last week, he noted that if farmers increased production but their costs went up accordingly, they would not walk away with any more money.

The event, which attracted about 200 people, was to give farmers an insight into what’s happening globally to the products they produce, and the changes in consumer preferences and market and scientific trends. Farmers must get their heads around these issues, Champion says.

BLNZ wants to make farmers aware of the science and management techniques being developed in New Zealand to help make farming more profitable.

Champion says farmers must get a handle on the power and influence of some of the new technologies now used extensively to communicate with consumers about products. “Do they have to be part of Twitter or have an Instagram account?  Probably not, but some young farmers are using these things and understanding they exist is important,” he says.

Champion is urging farmers to be a part of the ‘story-telling’ process of getting across to consumers and buyers some of the unique features about farming in NZ. This is telling the world about our farming systems, such as the fact that we grass-feed all our animals and treat them well.

“It’s valuable for offshore markets – agents and distributors, consumers or retailers or whatever they might be. Farmers are not typically the people they meet every day and they find their story fascinating because it’s so different to them.” – Peter Burke

A new campaign to boost online sales of New Zealand lamb in China is being launched in a joint initiative by Beef + Lamb New Zealand (B+LNZ) and leading food company Alliance Group.