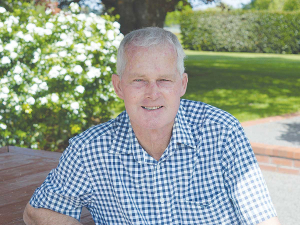 However, the industry-good body prefers building relationships with key government officials and working together, he says.

Van der Poel told Rural News that there was a time and place for a tougher approach.

“We should never be scared of that in my view…that’s always an option, but once you do that you often burn relationships,” he says.

“You have to be confident that the relationships are not working and not likely to be working if you go down that track because there is likely no coming back from that.

“I’m not saying you shouldn’t consider that, it should always be an option, (but) our preference is to use the other approach.”

Dairy farmers are unhappy with some aspects of freshwater reforms and winter grazing rules introduced by the Labour-led Government last term.

Van der Poel agrees that there is “reasonable amount of nervousness” among farmers.

“A few farmers feel a bit stressed, a bit under pressure. Some of that’s financial, but a reasonable amount is because they don’t know how these government regulations will affect their business and whether their business will still be viable going forward.”

He notes that the dairy industry has evolved over the decades. The looming water reforms and environment rules are the next stage in the revolution.

“It’s about how we incorporate those things into our farming businesses and make them normal, most of the things we have incorporated over the years are now normal practices.”

Van der Poel says for DairyNZ it’s about engaging effectively with farmers and bringing them along on the journey.

“They won’t agree with everything we say and vice versa, but if we have a relationship and can have an open and frank discussion. That’s the objective.”

By working with the government, DairyNZ got some changes, like rather than farms going through consents, these can be done through farm environment plans.

Work has also been progressed on actions specific to catchments and farms and how regional governments interpret the new laws.

Van der Poel, who was re-elected as a board member for another three year term, says DairyNZ will work whoever chosen as ministers by the Prime Minister.

DairyNZ chairman Jim van der Poel has confirmed that this will be his last term on the industry-good organisation’s board.

He says it’s time “for the next generation to come up”.

Van der Poel, re-elected for another three years term last month, says with so much going on around sustainability, he felt this wasn’t the right time to step down from the board.

“I felt I should stay for one more term to bed some of that down,” he says.