Northland looks set for a ‘doozy’ of a drought 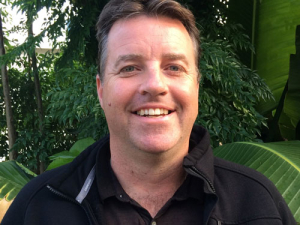 Northland knows about summer dry and even drought, but this one could be a “bit of a doozy”, says Gareth Baynham, an AgFirst Northland farm consultant.

“I don’t want to understate it; it is certainly the worst I have seen for the last five or six years,” Baynham told Rural News.

“Most guys feel we are probably on a par with the 2009-10 drought which was our first big drought for years. That was similar and largely impacted on the East Coast. The West Coast was also impacted but it came a bit later.”

Everyone has been proactive in securing feed to make sure they preserve that option, he says. Many were waiting for the big round of final pregnancy tests which started last week.

“There will be a lot of empty cows or culls identified and sent away.”

Baynham says this dry is “a bit of a doozy – quite a bit worse than the average”.

“It has probably impacted guys in those traditionally summer safe areas, so that’s one of the big differences,” he explains.

Those in the 200-300m altitude regions of Northland typically get some rain if it comes from any quarter. “Because there has been no rain anywhere they have missed out from November on. They don’t have as much kikuyu in their pasture so they are much more exposed.”

For the last couple of weeks the main comment has been “let’s just get enough feed in to ensure the cows aren’t losing weight and hold on”.

But Baynham said he was “looking at a pretty ugly 10 day forecast”.

“The situation has deteriorated significantly in the last 10 days or so,” he said last week.

“Guys have strategically dried off the at-risk cows which are generally young or thin cows,” he says. In about two weeks farmers will have to make big decisions.

“One of the other compounding factors is because of the wet spring crops were late sown. There’s been no rain since they were sown so there has been some crop failure.

“That has compounded the issue; normally we’d rely on the summer crop a bit more.”