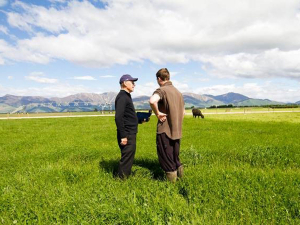 LIC is the Cooperative Business of the Year.

LIC has been named as the Cooperative Business of the Year.

The co-op, which supplies genetics and world-leading agritech solutions to farmers across New Zealand and around the world, was praised for making a significant and positive impact within the co-operative community and returning benefits to its 10,300 Kiwi shareholders.

“LIC tells, arguably, the biggest success story amongst New Zealand’s co-operatives in the last 18 months.  It is a stand-out example of a modern, progressive co-op, which has to operate at the leading edge of its field in dairy genetics and agritech to keep its farmer shareholders ahead of the game.

“LIC delivered significant benefits to its shareholders and communities in 2018-19 including: products and services that improve on-farm productivity & prosperity; world-leading biosecurity protection in the face of M. bovis and a solid dividend - the largest since 2013.”

LIC’s board chair Murray King, who was named ‘Cooperative Leader of the Year’ in 2018, collected the award on behalf of the cooperative. He says the win comes after a period of change for LIC.

“The major strategic projects we have undertaken in the past three years have transformed the business to ensure it remains strong and sustainable into the future.

“Throughout this process, we were very clear the co-operative principles were non-negotiable, and our shareholders and their businesses remained at the heart of each decision,” King says.

Chief executive Wayne McNee says, “It’s been a really great year for LIC. It’s not been an easy market to work in and I’m really proud of what we’re delivering for farmers and the way we’re helping farmers be more sustainable and add value to their farms.

“In the data-driven future of our sector, we want to ensure LIC and our farmers are in a position to be the disruptors, not the disrupted. This requires financial strength and a clear focus on new innovations and technology to keep our farmers ahead of the game.”

LIC was also awarded the ‘Cooperation amongst Cooperatives’ award alongside Fonterra for their joint venture Agrigate.

Launched in 2017, Agrigate is a data sharing and exchange platform for New Zealand farmers. By connecting together data sets from Fonterra, LIC, Figured, Ravensdown, PaySauce, and others, Agrigate aims to make it easier for farmers to meet compliance requirements, and to reduce double-entry of data.

Agrigate CEO Emma Parsons says, “There is increasing pressure on farmers to prove that they’re doing the right thing, and data is getting harder and harder to manage. This is a huge step forward in unlocking data-sharing across multiple ag-sector partners to make life easier for farmers.

“We see it as essential for the future of dairy farming in New Zealand that data is brought together and used by farmers for better farm performance, and to help New Zealand compete in global markets. We’re excited by the potential of Agrigate.”