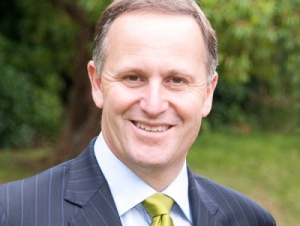 Prime Minister John Key's visit to the UK and Europe last week was good timing given the Brexit decision.

KPMG's global agribusiness head Ian Proudfoot believes the visit, at this early stage, will help shape the agenda for negotiations with the UK and the EU for preferential trading arrangements. He says it's important for New Zealand to be at the front of queue for such arrangements.

"The UK remains an important market for NZ: we sell lamb, wine, kiwifruit and apples to high value consumers there in significant quantities and protecting these markets must be a priority," Proudfoot told Rural News.

"We need to do something radical to get to the starting line first to get a deal."

He says NZ has vast experience in negotiating trade deals and it is possible Key offered the UK some of our experienced negotiators to work through deals with the EU.

Proudfoot says over the years all the UK's trading negotiations have been ceded to EU officials in Brussels and Britain may welcome help from NZ to get them up to speed.

"We want to be the first country the UK signs a trade deal with after they sign the final Brexit agreement to leave. As we did with China, why not make us the experiment and try out a FTA with a friendly country to help set up how they are going to do other FTAs?"

Proudfoot also believes Trade Minister Todd McClay's personal knowledge of the EU – he worked there in the bureaucracy – will help NZ get to the right people faster.

"But John Key going to see the Italian and French prime ministers is much more important. We are going to need some strong supporters to deal with the EU and while we have support from Germany, having France and Italy on board will be critical as well."

Proudfoot says Britain has some 40,000 pieces of legislation to change and this will take time. But he rules out speculation that this could take the best part of a decade. Rather he believes there will be pressure from all the parties to find a speedy and satisfactory exit route for Britain to bring about much needed certainty.

– A personal view of Brexit page 5