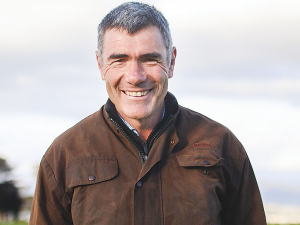 With the agriculture sector facing more legislation around sustainable farming practices, Guy says his knowledge of “how Wellington works” will be helpful.

“I have long term relationships across the whole Parliament and also with senior officials and let’s face it, they are ones who write policy,” he told Rural News.

Guy, who retires from Parliament at next month’s general election, served as a National MP for 15 years and as Minister for Primary Industries for five years. He wants to be part of NZ’s largest company.

Quinn, who has 30 years’ experience as a commercial and corporate lawyer, narrowly missed
out on a board seat last year.

Goldsack, a former tax and financial advisor, joined Fonterra’s board in 2017 and chairs the board co-op relations committee.

Fonterra shareholders can also self-nominate as candidates – provided they have the backing of 35 shareholders, who must sign their nomination form.

Waikato farmer Annabel Cotton has been confirmed as a candidate in the media.

Rural News understands at least one prominent Fonterra shareholder will confirm their candidacy this week.