Iran meat trade is back 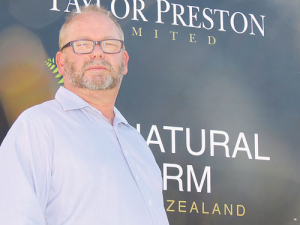 The first New Zealand lamb to be sent to Iran in 25 years will be cut and packed into containers at the Wellington meat processing company of Taylor Preston later this week.

Company chief executive, Simon Gatenby told Rural News it had taken nearly a year to get the deal off the ground, but says the trial shipment of three containers (about 60 tonnes) may be the start of a long term relationship with the Iranian customer.

In the 1980s, Iran was a big importer of NZ meat, helping the country out of hole when sheepmeat access to the European Union was restricted. But over time the Iranian market faded. Now Taylor Preston’s hard work has breathed life back into a market that is a traditional consumer of sheepmeat.

“I have been in the meat industry something like 30 years and I remember processing a lot of our product for Iran,” Gatenby says.

“When China started taking a big volume it was important to look for something for a bit of a balance. We like China and we sell a lot there, but meat processing in NZ requires having access to all markets all the time because you never know in the world of geopolitics whether you will be able to export to a market or not, for example Russia.”

Taylor Preston sells meat to at least 50 markets and Gatenby says adding Iran to the list helps reduce the risk of becoming dependent on a single market.

He says while Iran is a good candidate for NZ lamb because it is a traditional sheepmeat eating country, it is logistically and operationally hard. That’s why a lot of people have waited for it to get easier to secure an agreement to sell there.

Putting the deal together wasn’t easy and required a lot of patience, he says.

“The main sticking point was a standoff between the Iranians’ requirement that whilst you’re processing for them in NZ you must have two supervisors from Iran on your plant – a veterinary supervisor and a religious supervisor.

“They have that requirement for all countries that export to them. MPI and the Iranian Veterinarian Office spent a fair bit of time at an impasse on that issue.”

Eventually, MPI decided it would negotiate all aspects of the agreement but leave the supervision issue to be determined by the exporter and importer and that worked out.

The three containers in the trial shipment will be frozen carcases with an average weight of 17kg cut six ways into primals.

“It’s a nice easy specification to start with and we are pretty sure we will be doing more sophisticated specifications pretty soon,” Gatenby adds.

“Our customer has expressed an interest in chilled lamb and we are keen to discuss that when he is here this week when we are processing the meat.”

The three 40 foot containers are a good number for a first up arrangement, he says. Assuming the trial is successful the arrangement will be expanded.

Gatenby says Taylor Preston’s relative smallness means it can dedicate time to see through such a project. The disadvantage, he accepts, is that being small sometimes makes it hard to do large volumes.

“Taylor Preston was the first into Brazil with NZ lamb and mutton and now it’s first back into Iran,” he says.