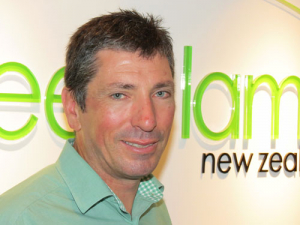 The Government's new proposed changes to freshwater farm plans has seemingly hits a stumbling block in the form of Beef+Lamb NZ.

Last month, Agriculture Minister Damien O'Connor announced the changes, which he claimed would be "more practical" and give farmers "greater flexibility" than the earlier rules. In particular, he highlighted changes to the stock exclusion rules in the earlier proposal and stated that any land with more than ten degrees of slope would be excluded from having to fence small streams.

When the new proposals were announced, there were murmurings from the various ag sectors that the proposals were an improvement on the previous rules. However, they warned they would need to analyse the details.

B+LNZ have just done this and say that while the map for stock exclusion is better than the original, it still won't practically work.

Chief executive Sam McIvor says since the stock exclusion regulations were first proposed, the industry body has said the map should be replaced with a general stock exclusion rule that regional councils would be empowered to give effect to.

"The original low-slope map for stock exclusion was unworkable and wouldn't have delivered good environmental outcomes."

McIvor says the new mapping approach still has inaccuracies and does not provide regional councils with enough flexibility. He says where the cost and effort to exclude stock vastly outweighs the environmental risks and impacts, there needs to be scope to address those situations. “The proposals still don’t take into account the fact that requiring stock exclusion on some of the identified 0-5 degree slope land would be inefficient or ineffective, especially given the waterway or catchment characteristics,” he explains.

“Based on the feedback we’ve been getting from farmers, we believe the Government has underestimated the scale of the remaining problems with the map. With the current levels of satellite information, we do not believe it’s possible to get a national-level map accurate enough to determine where stock exclusion should occur.”

He says his organisation was originally one of very few agricultural organisations to oppose the Government’s plans for a mandatory certified freshwater farm plan. “We still have significant concerns about using farm plans as a compliance tool. Historically, farm plans were intended to add value to the farming business and help inform management decisions to unlock the productive potential of the land while managing environmental effects,” he adds.

“Our guiding principles are that the freshwater farm plans should be based on industry-led farm plan approaches, be practical, effects-based and not input-based – as well as ensuring the privacy of farmers’ data.”

A case for changes to methane approach

OPINION: In his recent open letter, David Lloyd asked for our help in clarifying the impact of methane in global warming (Will you help, Andrew?, Rural News, 24th August 2021).