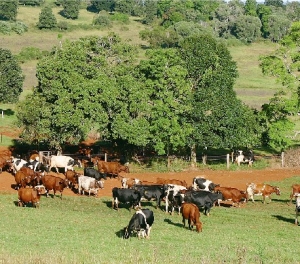 THE MEDIAN FARM price per hectare rose 10% from March to April to $24,574, says the Real Estate Institute of New Zealand.

The number of farm sales, with the total of 498, was up 5.5% for the three months ending April 2014, compared to the same total last year.

Eight regions recorded increases in sales volume for the three months ended April 2014 compared to the same period last year. Bay of Plenty recorded the largest increase in sales (+25 sales), followed by Otago and Northland with nine sales each, and Nelson with eight sales. Compared to the three months ended March 2014, six regions recorded an increase in sales.

REINZ rural spokesman Brian Peacocke says morale has rebounded following drought breaking rainfall in the northern regions. "Conversely, the surplus of rain that has been great for the pastoral sector in the South Island has impacted heavily on some in the arable sector."