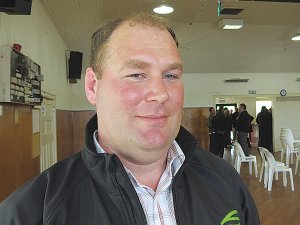 Farmers, commercial growers, rural professionals and a whole raft of businesses have been thrown into disarray with the inept way the Ministry of Health (MoH) has run the lockdown.It appears the MoH also ignored the advice of the Ministry for Primary industry on how the matter should be handled as rural people needlessly queued for hours to get through police checkpoints.

HortNZ chief executive Mike Chapman has described the location of the border and the way it is policed as absurd. Federated Farmers president Andrew Hoggard says the regional lockdown was actually harder for farmers in Auckland than when the whole country was in Level 4 lockdown.

Hoggard says his organisation raised a number of issues with MPI, in particular trying to get exemptions for essential workers, such as vets whose main base is at Pukekohe but who have clients on the other side of the lockdown. These were some of the people subjected five hour waits.

“If an animal is sick you need a vet immediately otherwise it will die,” Hoggard told Rural News.

“The MoH lacks an understanding of the supply chain. They just look through a health lens and everything else is subsidiary to that. On the other hand, MPI have been very good and have put our case forward.”

Hoggard says farmers have complained about not being allowed to visit their farms and check stock on the other side of border, which he says has been distressing for them. He says Feds have been advising farmers to drive around with two rates demands – one for the farm and one for the run-off.

“Hopefully, and in theory, the police will understand and they will be able to get through.”

Hoggard says if lockdown is going to happen again the process needs to be streamlined, with some sort of scan or sticker, which allows essential workers to get though checkpoints quickly.

“Trucks should have fast lanes and be waved through and not be forced to sit in a queue for five hours like the people who are heading to the beach or their holiday homes,” he says.

The frustration in the voice of Auckland Feds president Alan Cole was clearly evident when he spoke to Rural News. He says this is one of the busiest times of the year for farmers with calving and lambing.

“But the MoH has deemed that farming is not an essential industry and that is the problem. Their actions are causing a whole lot of grief that doesn’t need to happen.”

Cole says two months ago the country was warned about the prospect of regional lockdowns, but says there has clearly been no planning on this issue at all. He says there is a lack of consistent documentation to allow people to get exemptions to cross the border to their farms.

“Dr Ashley Bloomfield says applications for exemption are being processed fast by his department, but this is not the case. We do understand about the regional lockdown, but there needs to be systems in place to deal with it and there aren’t,” he told Rural News.

Cole says farmers need to be able to get to their farms to feed and care for stock and if they don’t the animals will suffer.

He says some farmers can’t even get to supply stores to buy items they need for their stock and farm infrastructure.