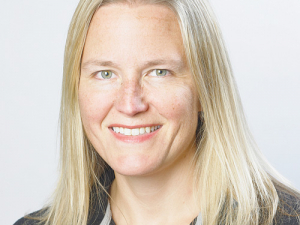 Award-winning mental health scheme GoodYarn is writing a new chapter as it grows around the country.

Fonterra and Rabobank have signed to run the scheme's workshops for their staff; 14 organisations are now doing GoodYarn.

It is the work of WellSouth, a primary health organisation, and DairyNZ, as part of the Transforming the Dairy Value Chain Primary Growth Partnership, a seven-year, $170 million scheme led by DairyNZ, Fonterra, the Ministry for Primary Industries and others.

Organisations wanting to be part of GoodYarn have to go through a licensing programme to train their own staff.

Terry Buckingham, Fonterra's health and wellbeing manager, says the co-op was keen to do it.

"This season we are delivering GoodYarn workshops to our 1500 tanker drivers. They are our biggest team of people spending time on farms and they recognised they could do better in talking to farmers. They recognised that farmers have pressure and stressors from a number of directions."

The co-op realised the drivers and farmers would benefit from GoodYarn's workshops that teach how to stay healthy, recognise stress in others and respond effectively.

Buckingham said tanker drivers were involved first because they were "farmer-facing", but others in Fonterra might also participate in the training.

"Many of our Farm Source team have already been through the training and we are including more technical sales reps to prioritise staff who are working alongside farmers on a regular basis," he says.

"In time we hope the programme will benefit our wider Fonterra team and may be adapted further."

Hamish Midgley, Rabobank's national manager, major agribusiness clients, says the GoodYarn workshops will help bank staff better recognise and manage their own stresses and be "more attuned to our clients' and communities' needs".

"The training will also allow Rabobank to take a leadership role in communities to help change the 'industry language' and stigma about mental health and get people talking about this issue in a more constructive way," he says.

Midgley says the bank would like to support other organisations looking to deliver the GoodYarn workshops to a wider audience.

Dana Carver, DairyNZ wellness and wellbeing programme leader, says teaming up with Fonterra and Rabobank would take the workshops to thousands more people.

"Working for Fonterra or in rural banking at the moment is not easy and GoodYarn will help the employees of these organisations to keep themselves well, which is paramount for the industry."

She says other organisations and businesses would be approached. The 14 organisations now signed include LIC, CRV, Farmlands, Ospri, the Pharmacy Guild and several Rural Support Trusts. Also thinking about it are ASB Bank, Primary ITO and New Zealand Young Farmers.

Many doctors in rural parts of NZ are facing a cash-flow crisis due to the COVID-19 pandemic.