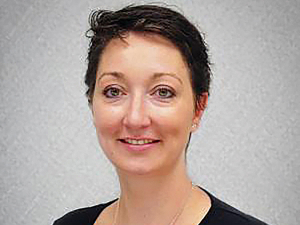 “It is not ideal that the deadline keeps shifting but it was certainly much better than having a no-deal scenario,” she says.

“We had done a lot of preparation for a no-deal situation with the NZ Meat Board and the Meat Industry Association. We were prepared for that eventuality.

“This new extension gives us almost six months of additional time so we will continue to work on our processes,” Guy-Martin told Rural News.

“It also gives us an opportunity to work with the NZ Government on some of those trade implications at the World Trade Organisation (WTO).

“It gives the EU and UK time to discuss among themselves and hopefully come to an agreement that means an orderly exit. I think all in all that was a good thing.”

The work towards a no-deal was not wasted, she adds.

“We needed to do that work because we needed to make sure our companies wouldn’t be adversely affected in the case of no deal. We had to be prepared. We are still not out of the woods. A no-deal could certainly happen still.

“One of the conditions the EU put on the UK for this extension was that they put forward a member for the EU parliamentary elections. If they fail to do that then they could have a no-deal scenario.

“They still haven’t reached a deal internally on what a withdrawal agreement will look like so if the UK continues unable to resolve the impasse we could find ourselves in a no-deal situation.”

“All that feeds into the ongoing work we are doing with Mfat and MPI here in NZ on our interests in terms of the WTO work and our access arrangements under the WTO.”

The extension is more time for everybody, she says.

“Then it is an opportunity for us to have more time to talk through those implications with the EU and the UK.”