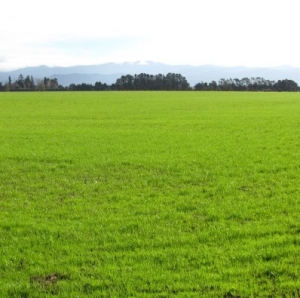 A 202ha, FLAT, dry-stock farm, described as one of the most admired in the Wairarapa, sold under the hammer last week at $5.61 million, well in excess of its $4.8 million 2011 government valuation.

Brought to the market by Gary Scott of PGG Wrightson Real Estate, Masterton, and sold at auction on May 8, the property, 'The Grange', is situated between Masterton and Carterton.

"Bidding was brisk with five different bidders, including two parties bidding by phone. In the end, as often occurs with rural real estate, the successful purchaser was a neighbouring farmer who intends to consolidate 'The Grange' with his existing property, which is used for cropping and lamb finishing.

"At that price, the property exceeded the reserve and also surpassed most people's expectations, leaving both vendor and purchaser satisfied with the outcome," he said.

Scott sys, over the past 12 months, local rural property values have firmed and the number of sales has risen.

Described as a multi-use property, with capacity for finishing, breeding, cropping or dairy support, 'The Grange' features a 13-year-old, four-bedroom, two-storey homestead, and was in the hands of the previous owner for about 20 years.