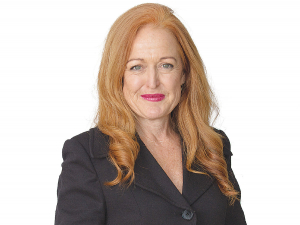 The beetles are fungus farmers, she told Rural News.

“A range of exotic ambrosia beetles have an association with the Lauraceae family of trees, which includes avocado,” she says.

“Although the fungi isolated to date from Auckland has not been identified as a major concern to tree health, the avocado industry remains on alert to understand more about this beetle and its ability to vector more serious pathogenic fungi.

“Although the granulate ambrosia beetle has only been found on limited types of trees in west Auckland, overseas it has been shown to attack over 100 species in over 40 plant families.”

The Ministry for Primary Industries (MPI) told Rural News while avocado is the main crop affected by a beetle pest found in Auckland, it could also impact other broadleaf crops such as stone fruit.

Scoular explains that ambrosia beetles are fungus farmers, having a symbiotic relationship with one or more fungi, which it introduces into the tree as an exclusive source of food for the adults and larvae; they never feed on the tree itself.

The beetles transmit the fungi into tunnels that they excavate and in doing so leave tell-tale noodle-like sawdust protrusions.

Biosecurity NZ is asking the public to report any sign of the wood-boring granulate ambrosia beetle. The pest has been detected in five Auckland areas since February 20.

“This is the first time the beetle has been found in NZ. While it is unclear how the beetle arrived in NZ, the evidence to date suggests it may have been in the country for two years,” says MPI.

“The beetle is regarded as a serious pest overseas. It is known to feed on a wide range of broadleaf trees, including horticultural species such as avocado, and can spread fungal diseases.”

Biosecurity NZ is assessing the risk from the beetle to NZ, says Brendan Gould, biosecurity surveillance and incursion manager.

“We need to know if NZ has a wider population, which is why we are asking the public to report any possible sightings.”

The beetle resides under bark, making it difficult to detect.

Gould says a tell-tale sign is distinctive protrusions of frass (compacted sawdust) from bark that look like toothpicks. They are caused by the beetles pushing frass out of tunnels bored into the trees. Other symptoms include sap oozing from the tunnel entrances and branch dieback.

He says officials are working with local authorities to identify the extent of the spread, including inspecting known host trees and placing lured traps around the detection sites.

Biosecurity NZ has also directed the removal of infested oak trees at one of the sites.

The beetle is native to tropical and subtropical East Asia. It has been found in Africa, US, Central America, Europe, some Pacific Islands and most recently in Queensland.

Anyone who believes they have seen the granulate ambrosia beetle or any sign of frass on trees should take a photo and call Biosecurity NZ’s exotic pests and diseases hotline on 0800 80 99 66.

Avocado growers smashed in past year

A very tough year for avocado growers and the wider industry has emphasised the need to be agile, says NZ Avocado chief executive Jen Scoular.

New Zealand’s avocado industry will take the spotlight in April 2023 when New Zealand hosts the World Avocado Congress next year.

In early April next year, the world's leading avocado specialists will descend on New Zealand for the 10th World Avocado Congress.

Australian growers want their consumers to buy home-grown avocados and ditch imports from across the ditch.