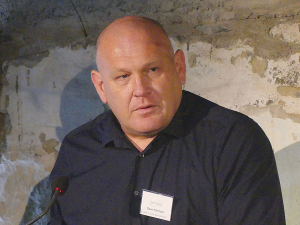 Beef + Lamb New Zealand will soon start consulting with its farmers on the proposed levy to pay for the beef sector’s share of the Mycoplasma bovis response.

Beef farmers will be asked to approve a levy probably set at a maximum of $2.00 per cattle beast at slaughter.

BLNZ general manager policy & advocacy, Dave Harrison, told Rural News he was about to put a paper to the board and a recommendation will go to farmers shortly after, probably proposing a levy of up to $2.00.

But the levy would “fairly quickly decrease after that because most of the costs are incurred in the first two years,” he said. “We would pay that back over maybe three or four years, then the levy would drop markedly.”

BLNZ is in a similar position to DairyNZ, both having recently joined the Government Industry Agreement for Biosecurity Readiness and Response (GIA) in setting a base biosecurity levy to cope with a worst-case scenario -- a moderate foot and mouth outbreak. In BLNZ’s case that is 45 cents per animal at slaughter.

Both levying bodies now have to raise the levy limit to deal with their share of the M. bovis response.

The proposed $2.00 levy would be imposed on beef cattle, not dairy or sheep.

Speaking to the recent BLNZ annual meeting in Timaru, chairman Andrew Morrison said it had consulted with farmers when first joining the GIA and it will consult again over raising the levy.

Morrison said “a maturity of process” has got the parties to where they are now; Dairy NZ and BLNZ got together and agreed to ask an independent panel to decide the split between them, and to abide by the panel’s decision.

Meanwhile, Harrison says the M. bovis tracing system seems to be “getting ahead” of the disease.

“The advice from the technical experts is that it’s tracking as well as can be expected -- even better than we expected.... So on the basis of that and the information we get... there’s nothing [saying] we’re not moving in the right direction.”

Harrison said that for a long time the response had been well behind in its tracing, with a number of new traces arising from every infected property, all taking time to handle.

“It was just expanding, basically. And now we’re at the stage where we’re getting ahead of that.”