US lawsuit over Irish butter 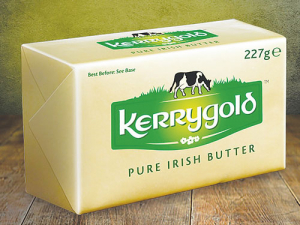 Wisconsin's recent ban on Ireland's Kerrygold butter has led to a consumer revolt.

Wisconsin may be America’s ‘dairy state’ but in butter some citizens’ loyalty lies with Kerrygold from Ireland.

A recent ban on this grass-fed butter has led to a consumer revolt – a law suit against the state of Wisconsin seeking to preserve citizens’ freedom to buy and sell whatever type of butter they want.

The Wisconsin Institute for Law & Liberty (WILL) says it filed the lawsuit on behalf of four consumers and Slow Pokes Local Foods.

Legislation from the 1950s rules that butter for retail sale in Wisconsin must bear either a state or federal grade mark. This effectively excludes Kerrygold because it is produced, graded and packaged in Ireland.

Ornua (formerly Irish Dairy Board), owner of the Kerrygold brand, is pressing state officials in the hope of keeping the product on sale.

Kerrygold is said to be the top imported butter and the third-ranking overall butter brand in the US, favoured by Americans on low-carb high-fat diets; grass-fed butter is seen as the best form of fat.

Violators of the labelling law risk jail or thousands of dollars in fines.  Wisconsin is the only US state with specific and onerous labelling rules that prevent the sale of Kerrygold and other similarly produced butters.

WILL president Rick Esenberg says because the Wisconsin butter law serves no adequate government purpose it violates due process and equal protection guarantees of the Wisconsin constitution.

“The rule that sellers of butter… publicise the government’s opinion of how a butter tastes also violates the guarantee of free speech.

“Wisconsin is known as the ‘dairy state’ so it is ironic that consumers and businesses don’t have a full range of butter options.”

The butter ban is seen as inconsistent with the competitive federalism championed by WILL. It says US courts are said to have long held that a state may not protect favoured interests.