UK cheese a hit in Europe 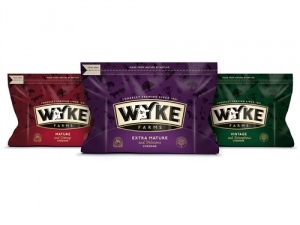 Wyke Farms is a family run company in the heart of the Somerset cheddar-making region.

Last year almost $700 million of British cheese exports went into the EU market; export volumes have increased by 8% since 2010.

Wyke Farms is a family run company in the heart of the Somerset cheddar-making region. It is one of the largest independent cheese makers and milk processors in the UK, producing 13,000 tonnes of cheddar per year to the same award winning 150-year-old recipe.

Demand for Wyke's cheddar is growing in France, with sales up by 30% last year; 60% of all exports went to the EU, the top customers being France, Spain and Czech Republic.

The farm uses milk from its own herd which grazes the Mendip Hills, and from 150 other farms; it employs 250 people, making the business a crucial part of the rural economy.

Meanwhile, UK revenue and customs data recently showed that Britain exports far more cheese to France than to the US, despite the US population being nearly five times larger: in 2015 cheese exports to France were worth £125m vs $95m to the US. Last year, UK exports to Ireland alone — its top EU market — were $157m, more than exports to the US, Canada, UAE, South Africa, Australia and China combined.