What’s going on in southland? — Editorial 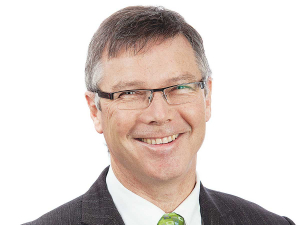 OPINION: It is hard to fathom exactly what’s going to happen in Southland in light of the impact of the Government’s new freshwater regulations.

There is clearly great mistrust on the part of Federated Farmers of Environment Minister David Parker, with Feds provincial vice president Bernadette Hunt saying they can’t get through to him on the issue of winter grazing.

It is no secret that Labour has an equal mistrust of Feds, frequently referring to them as the National Party in gumboots.

Feds see some aspects of the new freshwater regulations as unworkable and in this they are right. Furthermore, they question why such a law was passed with basic errors of fact.

We are also hearing graziers are calling it a day, thanks to draconian measures introduced by the Government.

The legislation might work on the site of ministerial house in Wellington, but in farming terms is downright dumb. The minister’s answer appears to be, ‘yes there are a few mistakes but what’s the fuss, these can be fixed’, to which the Feds seem to be saying – ‘oh really!’

The problem is that farmers are constantly being presented with new rules and regulations which appear to come out of a text book, or the manifesto of a particular political party or NGO, and lack credibility in the eyes of rural people.

Philosophically both sides seem to be on the same page, but many of the rules as written are not implementable on a farm.

What is disappointing is that on the one hand Jacinda Ardern is telling the country that government is relying on the primary sector to bail NZ out of the economic crisis caused by Covid, but at the same time the environmental wing of government seems to be stressing out the farming sector. Is this really being kind? And to whom?

On the face of it, the PM and her minister don’t seem to be on the same page, and by some farmers’ accounts, probably not in the same book.

Prescriptive rules and regulations may satisfy the environmental zealots of society, but government has to get above that, put aside its dislike of Feds and try and win over farmer hearts and minds. Maybe a qualified marriage guidance counsellor should be added to team of people trying to work out a solution to this unfortunate and destructive impasse.