Sit up, your dinner’s printed 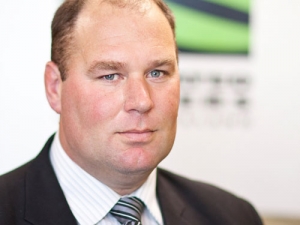 Another fortnight passes and we have another lacklustre Global Dairy Trade result and Fonterra confirming it has revised its milk price for the current season (2015-16).

Amidst all the doom and gloom from that, I had an email from a colleague who obviously had plenty time over the summer break to do some serious thinking.

All the so-called experts constantly put the boot into the New Zealand dairy industry because we are supposedly producing only commodity products, and not produce enough of the high end consumer branded products.

The question was posed to me, are these branded consumer products the way of the future or are they going to be a thing of the past? Because not only are 3D printers becoming readily available, but 3D food printers are also arriving on the scene.

Now these 3D food printers aren't quite yet doing the job of the food replicators in Star Trek; at the moment they just seem to do cake decorations, lollies and a few other things, but one can assume they will develop.

The question is, will they be a short-lived trendy fad or are they here to stay? If they are here to stay what does that mean? From what I can see on YouTube, with a conventional printer you insert cartridges into them.

But instead of ink they contain the ingredients needed; then much like your standard printer you load your document, in this case a recipe in a 3D format, and hit print.

Imagine if this technology was to take off and become a part of every kitchen. How would that change things for food producers?

The consumer would no longer be going to the supermarket looking for finished manufactured foodstuffs, they would be looking for ingredients and making food items in their kitchen.

When you think about all the various food products containing milk or components of milk, it's quite a few. So it's likely that a good number of the recipes for these 3D food printers would require various dairy ingredients.

So should the likes of Fonterra be worried about moving products from its ingredients business into consumer branded products, or instead should they be looking at repackaging those ingredients from half ton bags, or whatever they ship in, into smaller ready-to-use packaging for home manufacturing?

If this is the future then, strangely, by not being as fast enough we would be well positioned to take advantage of it.

Another positive is that, because we would be selling a non-traditional product, I dare say there would be big loopholes in the trade protection rules in markets taking up this technology first in Europe and the US.

A likely trade-off from all this would be that the customer who could afford a 3D food printer would likely be discerning, so would pay close attention to the history of the ingredients going into their printer. Which means standards for everything – from animal welfare to sustainability – would get higher.

Of course, we have no way of knowing whether this is going to be a fad or not. I hope they are considering buying one of these printers to put in the staff kitchen at the Fonterra Research Centre. That might be the ideal way to come up with the next big thing.