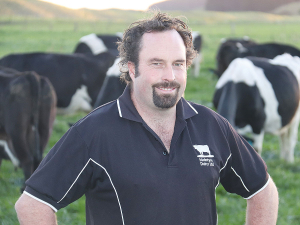 Richard McIntyre, head of Federated Farmers sharemilkers section, was right on the money when he described plans to introduce the Farm Debt Mediation Bill as long overdue.

He was equally spot on when he stated that talking was underrated, meaning that communication was a much talked about but seldom used tool.

This bill is in many ways legislating for common sense. There really should be no need for it because if the banks and farmers had issues they should own up to them and start a dialogue when the problem is small, not when it has escalated to a crisis.

The bill in some ways is a sad commentary on today’s society that lawmakers should have to step in and make people act ‘normally’.

Agriculture Minister Damien O’Connor is also right when says the bill is pragmatic and that it will hopefully lead to better outcomes for everyone and dampen down the stress that occurs when farmers get caught in a difficult financial situation.

In recent times it would appear that the banks have made a point of standing by farmers when things beyond their control such as adverse events or low pay outs strike. But there are also occasions when banks have acted insensitively and communicated poorly to their farmer clients.

The total debt in the dairy industry is frightening and there is no doubt that some farmers are living on the financial edge, but then one has to ask why banks lent them the money in the first place. Was there real due diligence?

All this aside, the new legislation sets in place a process that will put the various parties around the table to air their respective views.

Whether this will resolve the particular problem is up to individuals, but at least farmers will have an opportunity to formally put their case to an independent mediator. In the past farmers have rightly felt they are at the mercy and whim of the banks and were probably too stressed to take the matter further. Now they have an option enshrined in law which allows them to initiate a dialogue.

Why there wasn’t support years ago for NZ First’s attempt to get a similar law past beggars belief. But thank heavens that at last common sense has prevailed and a pragmatic common sense piece of legislation will go on the statute books.

The government’s launch this week of a strategy for the future of farming will encourage farmers, says Federated Farmers president Katie Milne.