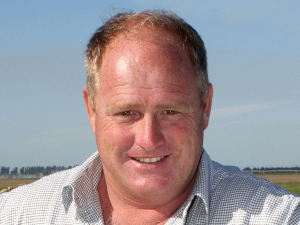 The company has stepped into a debate on nitrates in underground aquifers following recent media coverage.

WIL chief executive Brent Walton says it will be an important issue with local and regional elections coming up but the focus must be on science.

A 2017 Environment Canterbury investigation of potential groundwater flows under the Waimakariri River into Christchurch aquifers had predicted a long-term increase in nitrate levels.

But two key points made in ECan modelling seem to have been overlooked, Walton said.

“ECan’s report says that while it is possible, during the next 50 to 100 years, that nitrates in aquifers below the main part of Christchurch might increase, the levels are predicted to remain below the maximum acceptable value [based on recommendations from the World Health Organisation].”

“The second key point is that ECan’s modelling is based on the premise of current land use continuing into the future, when we know that land use is already undergoing a change.

“Extensive environmental mitigation continues by Waimakariri farmers and, with rapidly advancing technology, nitrates and other environmental management can only improve.”

Further, the Ministry of Health has rejected calls for more research into a 2018 Danish study that reported possible links between the presence of nitrates in drinking water and colorectal cancer. The ministry said the Danish data did not take into account other colorectal cancer risks such as smoking, diet and obesity.

Walton said some groups in society would pooh-pooh whatever facts were put in front of them, but a big middle ground of people would be looking for balance.

However, WIL was not running away from any responsibility and farmers accepted they had a key role to play in reducing nitrate levels.

“There is not one WIL shareholder or farmer in this catchment who wants to see, or be responsible for, increased nitrate levels,” says Walton.

All WIL farms that irrigate 20ha or more (about 108 properties) are required to have a farm environment plan (FEP), independently audited each year.

Walton said every farm will be at good management practice (GMP) by 2020 and most will have either a B or an A audit by September.

Flowmeters, weather stations and telemetry monitors are being installed on all WIL properties to ensure efficient water use, by applying precisely the right amount of water at the right time. Farmers are provided with daily, weekly and monthly recommendations on whether to irrigate via a mobile app.

“We can now demonstrate that virtually every irrigation event is justified, and nitrogen leaching events caused by irrigation have been significantly reduced.”

Walton says that farmers are part of their community too. “They have children and wider families. They are concerned for the future wellbeing of their society, culture and environment. They take far more than their own economic wellbeing into account when they’re making decisions about the future operation of their farms.

“The sector has made massive improvements in the past five years, and there is clear motivation to keep that momentum going into the future.

“We are putting forward a solutions package as part of our submission to the Waimakariri zone implementation programme addendum (ZIPA).

“WIL shares the same aim as the ZIPA, that is to develop a package of freshwater management solutions which best deliver community outcomes.

“We are very clear that improvements can only be brought about by a combination of reduction in farming nitrogen losses and wider catchment interventions.

“Our shareholders are here for the long term. I can assure the public that farmers are not sitting around waiting for the magic wand to appear. Rather than a cause, we want to be seen as part of the solution,” says Walton.

The proposed changes build on the operative Nutrient Management and Waitaki Plan Change (Plan Change 5), which sets industry agreed good management practices as the minimum standard for all farming activities.

Plan Change 7 includes proposed rules for the whole region and others only for the Orari Temuka Opihi Pareora and Waimakariri zones.

“Something so wide ranging will certainly have an impact on people and communities throughout the region, particularly in South Canterbury and Waimakariri,” said ECan chair Steve Lowndes.

The Waimakariri part of the plan change has provisions to limit nutrient discharges from farms progressively over decades.

“Without taking away from the rest of the plan change, these are particularly important proposals because they place new scientific modelling on nitrate within a planning framework and focus on managing the possibility of this contaminant heading towards groundwater under Christchurch city,” said Lowndes.

“Let’s remember that in respect of nitrate concentrations, for example, we’re dealing with the impact of generations of land-use change. Even if we put in place rules and see land use change, it can take many decades for nitrate to move through groundwater.

“The scientific modelling on nitrate suggests possible issues in the distant future for groundwater under Christchurch.

“We will be working very hard to keep it that way,” he said.

• An earlier version of this story gave an incorrect date for submissions on the Plan Changes. Submissions close on September 13. ECan would also like to clarify, in response to Brent Walton's remarks about the Waimakariri Zone Implementation Programme Addendum (ZIPA), that it is the Plan Changes that are now open for submissions, not the ZIPA. The ZIPA was finalised when it was adopted by ECan in December.