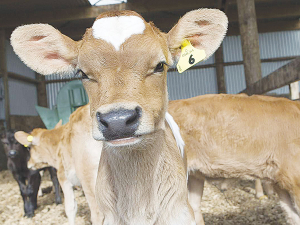 While lavender might have health benefits for people, they don’t work on calves, says MPI.

Jiang was sentenced this month in the Christchurch District Court on two charges he pleaded guilty to under the Animal Welfare Act after a successful prosecution by Ministry for Primary Industries. He was also ordered to pay vet costs of $5,523. The disqualification is for 2 years and includes calves under the age of 6 months.

“These calves were being raised in sheds with poor ventilation, suffering from heat stress and dehydration, along with showing signs of disease and scouring. 19 calves had to be euthanised during our first visit,” says MPI Regional Manager Animal Welfare and NAIT Compliance, Murray Pridham.

Jiang, who is also an alternative medicine practitioner, was using lavender extracts as a health supplement for sick animals, stating it worked well on humans and he believed this medicine would work with animals.

“While lavender might have health benefits for people – these were agricultural animals and they require specific antibiotics and veterinarian treatment to manage or prevent illness or disease which he failed to do,” says Pridham.

After receiving a complaint, MPI Animal Welfare Inspectors and veterinarians examined the calves on 31 August, 2020. Tests on live animals found many were suffering from rotavirus, cryptosporidium, and salmonella. If not treated, all these illnesses include diarrhoea as a symptom and can lead to death from dehydration. Antibiotics were provided to some of the ill calves during this visit and their health began to improve.

Jiang had been housing 454 calves in pig sheds, which were mostly cared for by a contractor who had no experience in calf rearing.

MPI Animal Welfare inspectors euthanised another 21 calves on 1 September to end their suffering. A large compost area was also discovered at the farm containing the remains of an unknown number of calves. Many showed signs of having suffered diarrhoea at the time of death.

MPI concluded that at least 74 calves had died before it intervened, and Jiang told MPI that 194 other animals that arrived on the farm between late July and late August were in ‘the pit’ or compost area.

“All of these deaths could have been prevented if Mr Jiang had done the right thing. Most people in charge of animals know their responsibilities, understand their animals’ welfare and nutritional requirements, and provide timely medical attention from a veterinarian. Mr Jiang seriously failed these animals,” says Pridham.

MPI strongly encourages any member of the public who is aware of animal ill-treatment or cruelty to report it to the MPI animal welfare complaints freephone 0800 00 83 33.

In a separate matter, Jiang has also been fined $24,000 on three charges under the National Identification and Tracing Act 2012.

The law requires people in charge of deer or cattle to tag and register their animals in the national database and report any deaths to MPI. This is to ensure traceability in the event of a possible biosecurity problem occurring at a farm