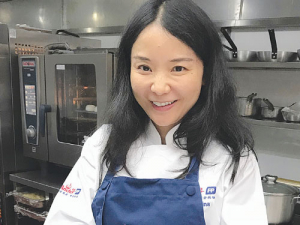 The tide is turning at Fonterra’s China Farms.

The co-op is moving into the next phase of its integrated strategy in China by converting more raw milk from its three farming hubs into higher value products.

Under the ‘White Gold’ project, 5% of raw milk from the China milk pool will be processed in the financial year 2018 into UHT milk and Barista Milk for coffee and beverages by third party manufacturers; Fonterra is also using milk from its Hebei farm hub to supply fresh milk to online giant Alibaba’s retail arm Hema Fresh.

Fonterra’s Greater China president Christina Zhu says that after years of preparation the co-op is beginning to leverage the strength of its local milk pool.

“Sales have been better than expected; my focus is to grow this very fast. I’m confident that in a few years our farmers will say ‘what a great investment we have in China Farms’.”

The co-op has spent at least $800m over the last five years on setting up the farm hubs, with little return on investment for farmer shareholders. Fonterra’s half-year results in March show China Farms breaking even with a normalised EBIT of $12 million.

Zhu defends Fonterra’s investment in farms, adding that it was part of the Chinese Government’s desire for Fonterra to be part of the local dairy industry.

Fonterra accounts for 36% of total dairy imports into China.

“The Chinese government and stakeholders really want to see us being part of the community and the local dairy industry.”

“That was ok as we were building the farms; we’re now maturing our operations and a push to shift more of our local milk into higher-yielding consumer and foodservice products is well and truly underway.”

Fonterra’s credentials in China are impressive; it is the number-one player in ingredients and food service businesses.

Half of all pizzas sold in China have Fonterra’s cheese; half of all cream cakes made in China are topped with Fonterra cream. The co-op also commands 80% market share in butter sales.

However, for Zhu the proudest achievement is Fonterra’s Anchor brand topping the UHT milk market.

“Anchor, our everyday nutrition brand, is the number-one imported milk brand online and offline,’ she says. We rode the wave of online trade well; the digital DNA has served us well.”

Zhu says most overseas UHT exporters to China are there only as traders. “They are not there to build brands, unlike us,” she says. “Some of them have a commodity trader mentality, doing online only with one of the internet giants.

“This gives you volume very quickly and it’s an easy way to build the business; you don’t need a huge team. It’s not a huge learning curve but you give your destiny to someone else.”

The farms are said to be doing well in productivity, milk quality and food safety. Now Zhu wants to reduce costs without compromising food safety.

She says it is clear Fonterra won’t make money in a sustainable way selling raw milk at the farmgate.

“The milk price in China does not fully reflect the cost of production; two main processors have a major influence on the farmgate price.

“But it is what it is; we cannot change that. So, we have to rise above it through cost leadership and creating downstream value with our raw milk.

“I’m serious about driving costs down without compromising food safety.”