Soil testing a “no brainer” 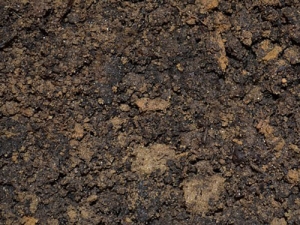 After beginning soil testing seven years ago, Lawrence has saved close to $90,000 and increased pasture production from 14.5 tonnes per hectare to 18.6T/ha.

He farms in equity partnership with his wife, Alecia, and parents on a 97ha Taranaki property.

The Lawrences milk a maximum of 240 cows on an 85ha milking platform, using their hill country block to graze heifers. They also follow an 18-month cropping rotation that sees paddocks planted into silage, oats, chicory and then into pasture.

The family are trialling a three-year calving programme where cows will be milked for 450 days and calved twice.

Research from Dairy NZ shows additional days of milking could increase milk yield and potentially decrease animal health issues by reducing calving. As part of the trial, they are also growing fodder beet and maize.

Hayden says whole-farm testing is a "no brainer" for the business. On average, it saves $162/ha compared with a blanket fertiliser approach.

The family use Analytical Research Laboratories (ARL) to analyse their annual soil samples. Farmers can use My Ravensdown to review the results and then order fertiliser and plans.

Based on the results, Lawrence orders fertiliser and plans spreading with Ravensdown joint venture Spreading Sandford, who collect and spread the various mixes.

The whole-farm testing results have not been hugely surprising, but Lawrence says he has noticed how various crops and management programmes affect nutrient levels. It's also been beneficial for knowing when they can mine nutrients and when they need to top them up.

Farmers are being told to expect further rises in fertiliser prices within weeks.

The country's two largest fertiliser traders have increased prices, for the second time in as many months.